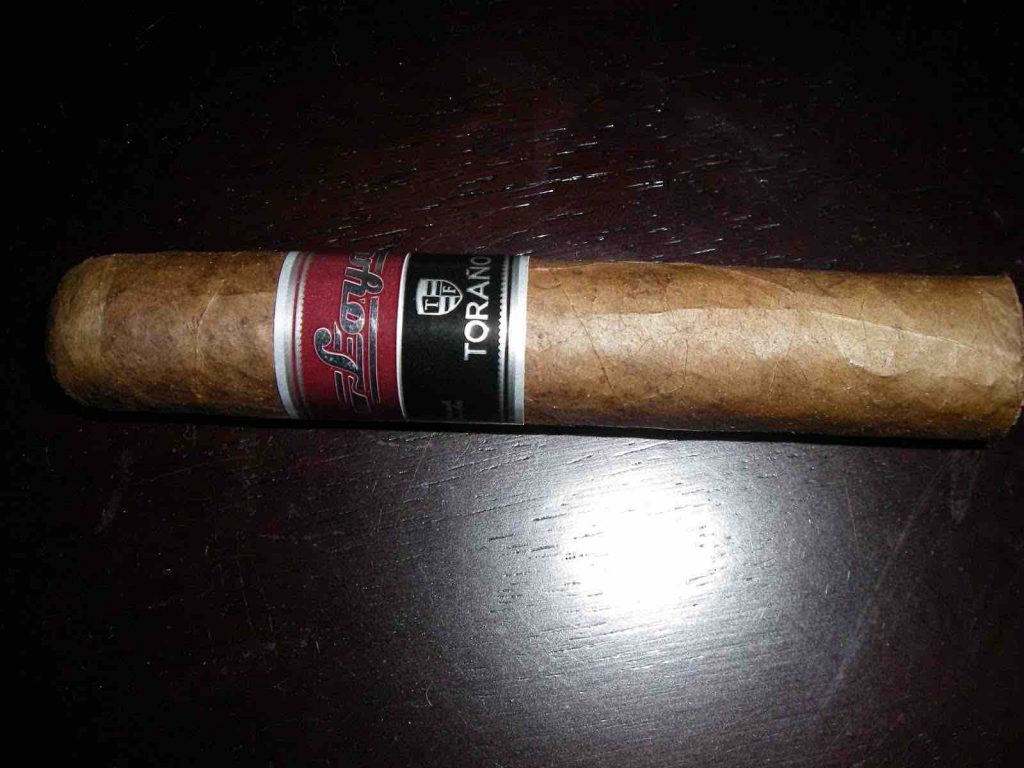 2011 has proven to be an exciting year for Torano Family Cigars.   In addition to announcing distribution agreements with Graycliff and Sam Leccia cigars, two new blends were announced prior to IPCPR 2011 in the Torano Family brand.   One of those blends is the value-priced Torano Loyal.    After sampling the Torano Loyal, it was clear Torano had produced that high quality cigar at a reasonable price.

When I spoke to Charlie Torano about the Loyal, he explained that the name was based on following his father (Carlos Torano)’s philosophy.  According to Charlie Torano,  “His (Carlos Torano’s) guiding philosophy is in addition to quality is he feels every man and every woman who wants to be able to smoke a good quality cigar should be able to afford one, to be able to buy the best of the best at a great price  So Loyal, the name first comes from being ‘loyal’ to that philosophy the feeling and to the approach that making very good cigars at an affordable price.”  The Loyal lives true to this philosophy with an SRP of $4.95 to $5.50 depending on the size of the vitola.

Let’s take a closer look at the Torano Loyal and see how it accomplishes this.  Since this was a pre-release sample, I will default to pre-review and provide a final assessment rating at a later date.

An interesting irony I noticed is how Torano utilized the Ecuadorian Sumatra wrapper for this cigar.  Torano is not known for using this type of wrapper.  Ecuadorian/Connecticut shade wrappers have long been associated with milder strength cigar offerings.  However, at 2011 IPCPR  it has become more of the trend to offer cigars in the medium (or mild to medium) area of the spectrum with Ecuadorian/Connecticut-shade wrappers..  The Loyal takes an opposite approach, using the Ecuadorian Sumatra wrapper that is commonly seen in stronger cigars (i.e. the medium to full range) and taking it down a notch in strength.

There will be four vitolas made available for this blend.   The cigars will be sold in boxes of 21.

For this cigar experience, I selected the Robusto.   I liked the larger ring gauge on this Robusto and wish more companies would take Torano’s lead on this one.  I placed a straight cut into the cap and then began the pre-light draw.  The dry draw notes gave me an interesting blend of wood, light butter, and a touch of pepper.  Many of the dry notes were subtle, but the flavors still satisfying.   It was now on to fire up the Torano Loyal.

The initial flavors of the Torano Loyal treated me to a quick, but healthy dose of pepper spice.  After the spice disappated, the cigar settled into a combination of wood, nut, and cream.  About five percent into the cigar experience, the cream moved toward the forefront.

As the smoke progressed through the first half, I noticed there was still some spice in this cigar, but I categorized it as more of a subtle cedar spice.   For the most part the cream, nut, and wood were the primary flavor notes I detected.  There were even times I detected some tea notes from the Torano Loyal.

In the second half of the cigar experience of the Torano Loyal, I noticed some sweet notes appear.  The sweet notes seemed to be of a citrus profile.  Meanwhile the cream, nut, tea, and spice notes remained.   Most of the early wood notes dissappated in the second half.   The spice also remained subtle throughout the second half of the smoke – providing more of a secondary flavor enhancer to the cream, tea, nut, and citrus.   The finish to the cigar was very pleasant with no harsh notes.  The resulting nub was firm and cool.

While the Torano Loyal delivered some very good flavor, it also delivers a high quality cigar.  For the attributes involving burn and draw, the Loyal gets high marks.  The burn was sharp throughout the smoking experience and only required minimal touch-ups.  No issues as far as burn rate or burn temperature.  The draw was outstanding as well.    True to the philosophy surrounding this cigar, this cigar gets high marks in the construction area.

I do not classify the Loyal as a strong cigar – which is why I drew comparisons to the Ecuadorian/Connecticut -shade releases at the 2011 IPCPR.   I definitely classify the strength as more of mild to medium.   From a flavor profile, there notes have enough depth to make the Loyal a solid medium.   The Loyal does a very good job at delivering good flavor without overwhelming power.

The cigar I smoked for this assessment was the third sample of the Torano Loyal I smoked.   I can tell you that this cigar got better each time I smoked it.  There are a lot of things about the Loyal that are subtle and there is more to this cigar once you start to smoke with.  Most of all, I do concur with the idea of this is a good quality cigar at a great price.  While this milder strength might seem more appealing to the novice enthusiast, I think the seasoned enthusiast can appreciate what this cigar brings to the table as well.  It’s definitely a cigar I would smoke again.

Source: These samples were received at the 2011 IPCPR Trade Show.  These samples were initiated by Torano Family Cigars in order to provide feedback.   I am appreciative for the sample, but in no way does this influence this review.

Note: All samples received from the 2011 IPCPR Trade Show will be included in my “2011 IPCPR Series”.