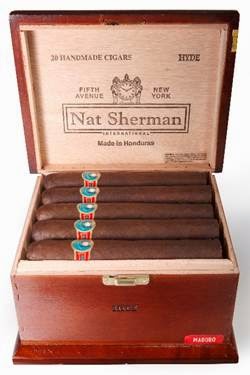 The existing natural wrapper version Nat Sherman Host Selection line was launched in the early 1990s and has been described as a personal favorite of Nat Sherman himself.  It features a U.S. Connecticut Shade wrapper and is available in six frontmarks.

The Host Selectio Maduro is being produced at the Tabacos Ranchos Jamastran factory in Honduras.

The Host Selection Maduro will be available in 20 count boxes and priced the same as the corresponding natural Host Selection line.   The company has said the cigars are already shipping to retailers.