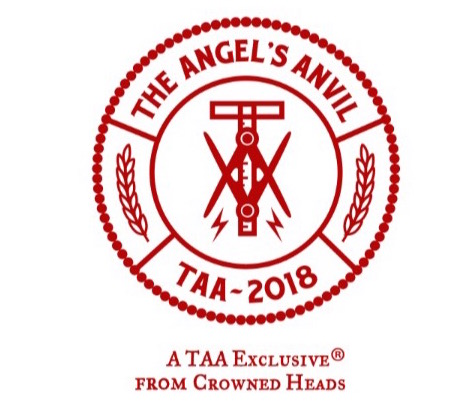 Today Crowned Heads announced its fifth annual release for the Tobacconists Association of America (TAA). The 2018 release, dubbed The Angel’s Anvil 2018 will make its debut at the TAA’s 50th annual convention scheduled to open April 29 at Casa de Campo in La Romana in the Dominican Republic.

The Angel’s Anvil 2018 will be presented in 20-count boxes with each cigar carrying a suggested retail price of $11.50. The cigars are expected to ship to TAA retailers in June.