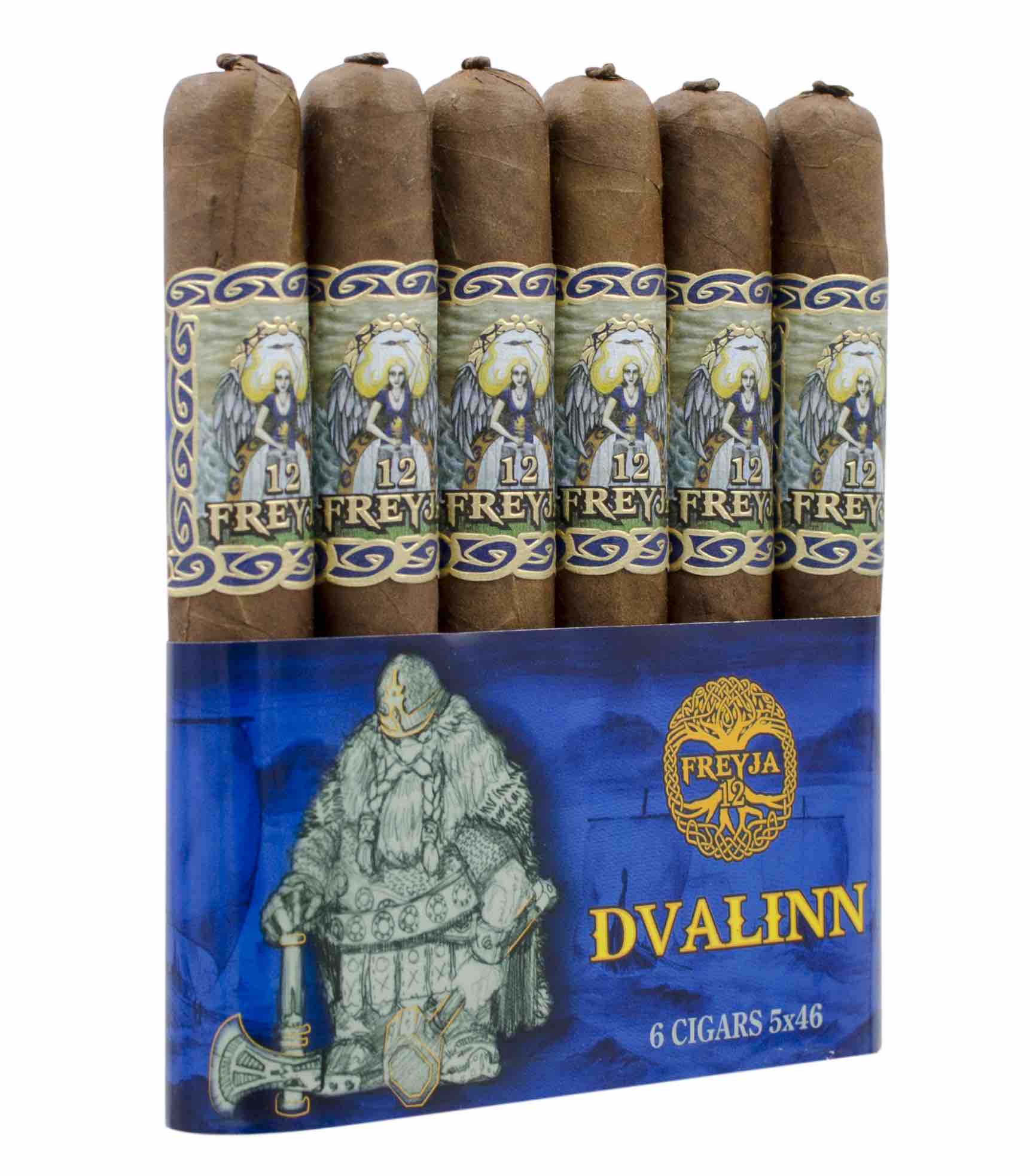 A new line extension is coming to Las Cumbres Tabaco’s Freyja 12 in the size of a Corona Gorda known as Dvalinn.

The Freyja 12 is a line that had its official launch in 2018. It was a cigar to commemorate Emma Viktorsson’s twelve years in the cigar industry (officially the 12th anniversary was in 2016 which is when she finalized the blend). The cigar was released in one size – a 7 x 52 Brisingamen. Last November, Viktorsson visited Sweden for a series of six events. While the feedback on the Brisingamen was positive, many felt the Churchill size was too large a smoke to have during the winter season of Scandinavia. They requested a Freyja 12 in a smaller size which they call “a winter-cigar.”

Following the events, Viktorsson started working with Tabacalera Palma to tweak the blend down from a 7 x 52 to a 5 x 46 Corona Gorda. The result became the Freyja 12 Dvalinn. Like the Brisingamen, the Dvalinn has a pig-tail cap.

The Freyja 12 vitola name ties into the story of the Norse goddess Freyja. Brisingamen referred to the powerful necklace worn by Freyja. It was a necklace created by four dwarves, and Dvalinn was one of them. Viktorsson had a contest in Sweden to choose the name. After soliciting ideas it was put to a vote and Dvalinn emerged as the winner.

“So this cigar, its blend, size and name was all from clear demand and choice 🙂 It’s been fun!” commented Viktorsson to Cigar Coop.

The Frejya 12 Dvalinn is packed in six-pack cellophane bundles. Pricing is $6.00 MSRP per cigar.

Currently, the cigar is en-route to Sweden. While Las Cumbres Tabaco will not be at the 2019 IPCPR Trade Show, the cigar is still scheduled to hit the market in July. Viktorsson will be in Florida in late July and early August supporting the launch of the Dvalinn as well as the existing released Brisingamen.

At a glance, here is a look at the Frejya 12 line: