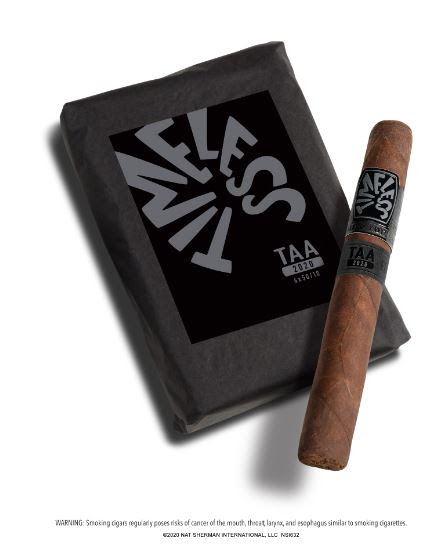 While the Tobacconist Association of America (TAA) Convention has been postponed, that hasn’t stopped Nat Sherman International from announcing its 2020 TAA Exclusive Cigar, the Timeless TAA 2020 Limited Edition. The company says the cigar is available to be shipped to TAA retailers immediately.

While the 2019 installment of the Timeless TAA Cigar was a Nicaraguan puro, the 2020 edition will be a Nicaraguan puro handcrafted at the Plasencia factory in Estelí, Nicaragua. The cigar will come in one size – a 6 x 50 Toro and will be packaged in 10-count mazos. Production is limited to 650 mazos and pricing is set at $120.00 MSRP per mazo/$12.00 MSRP per cigar.

This is the third cigar that Nat Sherman has produced for the TAA. In 2015, Nat Sherman released the Panamericana as an exclusive to TAA retailers. It was an ongoing exclusive offering to the TAA until late in 2018 where it was added as a regular offering and replaced by the Timeless TAA 2019 Limited Edition.
.
“The 2020 TAA Limited Edition is quite a special cigar and a bit of an unorthodox pedigree for a Nicaraguan puro,” explains Michael Herklots, Nat Sherman International’s Vice President in a press release. “All of the filler tobaccos were grown in the Jalapa region of Nicaragua, an area known for elegance and subtlety, and often used for wrapper. We used higher primings across multiple vintages in order to deliver a wider breadth in flavor and complexity from this region. The wrapper for this Limited Edition is a low priming sun-grown leaf from Estelí, Nicaragua. Though Estelí is more commonly known for rich filler tobaccos, this elegant wrapper adds the influence of Estelí’s terroir to the blend in a more graceful and thoughtful way.”

At a glance, here is a look at the Timeless TAA 2020 Limited Edition:

Leave a Reply to William A. Huff Cancel