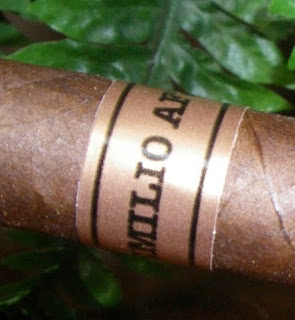 The Emilio AF2 line is getting a new size added to the line as a corona vitola will be added.  This information was announced on the Emilio Cigars facebook page.   According to the post, the new corona vitola could be “shipping over the next few weeks”.  It was in a cigar conversation with Emilio Cigars brand developer Gary Griffith where he first told us of plans of the Emilio AF2 (and AF1) Corona size.

Emilio Cigars has been adding corona sizes to its lines over the past few months.  A few weeks ago, the La Musa Mousa (formerly Grimalkin) had a corona-sized vitola added to it.  Emilio lines such as Draig K, Emilio AF Suave,  Emilio AF1, and La Musa Melete have released corona vitolas.

It was in 2011 when Emilio Cigars released the AF2.  The name is derived because this is the second blend that A.J. Fernandez collaborated with brand developer Gary Griffith on.   The AF2 finished as our #21 Cigar for 2011.