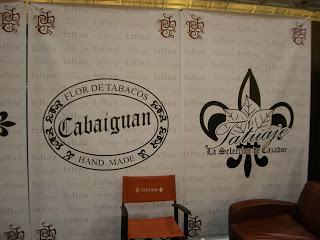 As we mentioned a few weeks ago, Tatuaje Cigars is planning three new cigars based on the Tatuaje Brown Label blend as a part of their 10th Anniversary.  These three cigars will be launched at the 2013 IPCPR Trade Show. Two of the cigars are planned for general availability while the third vitola will be made a limited release for the Tobacconist Association of America (TAA).
Earlier this year, Tatuaje re-released the original six sizes of the Brown Label blend with special commemorative 10th Anniversary banding and gold foil packaging.  These vitolas include: the original six sizes Noella, Regio, Havana Cazadores, Especiales, Taino, & Unico.  After this year, these cigars will revert to the standard Brown Label banding and packaging.

The new 10th Anniversary cigars were described as line extensions to the Brown label in new sizes.  These new cigars will be made in Nicaragua as opposed to Miami (where most of the Brown Label is made).  These sizes won’t be out until the trade show time and will be full production even after the year is over.

Here are the particulars:

As mentioned, the new sizes are based on the Brown Label blend which is as follows:

Pete Johnson confirmed these sizes on a recent interview with Stogie 411: