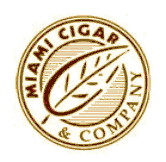 The KILO is a cigar project that was blended by Miami Cigar and Company Assistant Director of Marketing Barry Stein.   It is currently a cigar he has worked with several focus groups on.  Next week, in Chattanooga Tennessee, Stein will be bringing this cigar to the Chattanooga Tweet Up and Cigar Festival.  If the feedback on the KILO is positive, we could be seeing this as future offering by Miami Cigar.

Long before he took the job at Miami Cigar and Company, Stein was a pioneer in the world of online cigar media.  His blog, “A Cigar Smoker’s Journal” quickly became one of the most influential online media outlets in the cigar industry.  It was no surprise that Stein was destined to land a full-time job in the cigar industry.  At the end of 2011 Stein sold his web-site, relocated from New York to Miami, Florida and began working for Miami Cigar.  Stein quickly has been making a difference as he has been involved in many projects at Miami Cigar and Company.  Now Stein is beginning yet another step in his evolution – cigar blender.  The KILO is a project Stein has been working on for several months, and he has a lot of people excited about it.

The genesis from the KILO resulted from a trip that Stein made with Miami Cigar and Company to the La Aurora factory and fields in the Dominican Republic.  Stein took the cigars back to Miami and started sharing it with various cigar enthusiasts at shops in the Miami.  Word got back to the Miami Cigar offices on the positive feedback and the company saw the potential for a fit in the marketplace.  The Chattanooga event will mark another focus group to try out the cigar.  Based on the positive feedback there, the cigar could be positioned for a limited or full production run.

In terms of the blend, Stein went with a multi-national blend with tobaccos from five countries.  The wrapper is Ecuadorian Sumatra and the binder is Cameroon.  As for the fillers, Stein went with a mix of two Dominican ligeros, some Nicaraguan ligero, and some Pennsylvania broadleaf.

Stein describes the blend as a strong one that “will put tears to your eyes”.  Stein never had a reputation for being a fan of very strong cigars, but he describes the reasons for this blend: “I wanted to blend something that didn’t seem to come out of the Dominican Republic”  Stein added, “I wanted to show that the Dominican factory that we work with La Aurora can produce something as strong as something that comes out of Nicaragua”.

The cigar is right now in a robusto size.  Stein mentioned he also blended a corona size.  He has the factory also looking at a 6 x 60 size, but for now they will focus around the robusto size.

The KILO derives its name from bars of gold stamped with 1 KILO.

While pricing has not been finalized, the target SRP for the robusto will be in the $8.00 range.  At Chattanooga Tweet Up and Cigar Festival, they may do a buy three and get one free deal, but at press time those details are being ironed out.