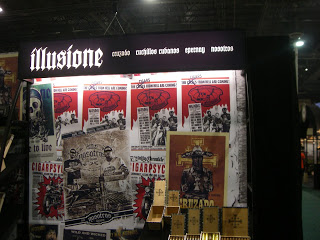 One of the announcements made by Illusione Cigars at the 2013 IPCPR Trade Show was a line extension to the Illusione Cruzado line.  The Illusione Cruzado adds a toro-sized vitola measuring 6 1/4 x 52.  This becomes the seventh vitola released in this format.  This cigar has now begun to surface at some retailers nationwide.

At a glance, here is a look at the Illusione Cruzado line: