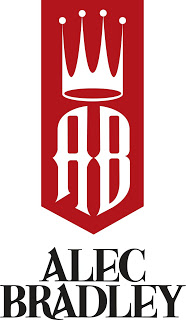 For the past few weeks, Alec Bradley has had teasers on the launch of something called the Royal Monkey Cigar Club.  On September 11th, the details of this project were officially announced.  The Royal Monkey Society is an online cigar club that will offer its member exclusive blends and vitolas as well as pre-release and experimental cigars. It is also being positioned as “providing exclusive Alec Bradley information before anybody else.”

There are several tiers of membership – Diplomat, Connoisseur, and Alpha Male.  The membership rates are are $99 for Diplomat, $249 for Connoisseur, and $1200 for Alpha Male. The tiers are limited in terms of the number of members accepted. Each higher tier of membership includes increased amounts of cigars and accessories received. According to the web-site only 1 membership is being accepted for the Alpha Male level which guarantees at least 200 cigars.  This level “will get (you) in on the cigar blending process with access no one has ever seen before. We will send you at least one of every cigar that we blend with throughout the year.”

The Royal Monkey Society is also offering a membership called Distinguished.  There will be seven slots for this membership that will get you two boxes of 20 cigars of a custom cigar blend – plus accessories.  This membership level goes for $399.00.

Membership will also get access to an exclusive blog run on the web-site behind the scenes information.