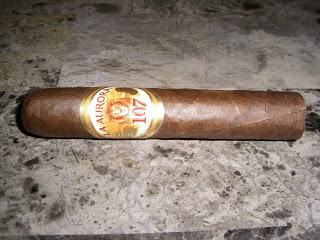 As a part of the celebration of La Aurora’s 110th Anniversary, La Aurora Cigars has announced a social media campaign called “National 107” day. The campaign is scheduled for Monday October 7th.  As an incentive for participation, the company is offering an opportunity to win an all-inclusive trip to the La Aurora factory in the Dominican Republic.

In order to participate in the contest, cigar enthusiasts must post a picture to a social media medium (such as Facebook, Instagram, Twitter, etc) of a La Aurora 107 cigar with the hashtag #LaAurora107. The winner of the trip all be selected from the entries. 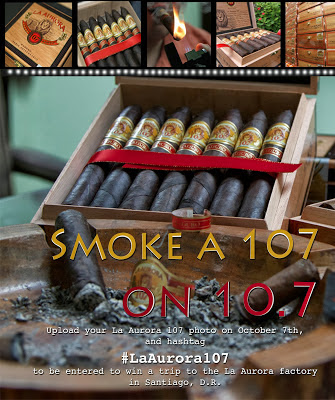