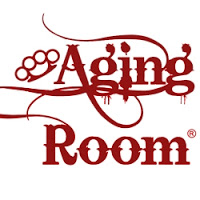 Information on this blend was reported December 3rd edition of the Cigar Insider.  Follow-up information was released in a press release on December 9th.

In a December 9th press release the company explained that the T59 blend was a part of the WildPack and was actually was blend W-IV (M-338).  Company president Rafael Nodal explained, “The
Aging Room WildPack is part of our strategy to involve the consumers
in our blending process.  The selection of the new blend for the release of
the Quattro is only the beginning as we
continue to search for the next blend release with the help of the
consumers who continue to vote from the WildPack blends.”

Cary Bischoff of Boutique Blends also explained where the confusion came from:

“The new Aging Room Quattro T59 is being released based on the preliminary votes of the WildPack. This blend appears in the WildPack as WP-IV  Blend M-338, however, it is being released as Quattro T59, because it is box pressed and it takes the blend number based on the day that the box pressed blend was entered in the Boutique Blends Log.
“The good thing is that the voting continues and will help select the next release of the Aging Room Small Batch blend.
“Since the blend number changed from the WildPack to the Quattro release, I was confused and I posted the wrong information previously. For that I am sorry. But the good news is that we are getting a great new Aging Room Quattro T59 selected with the help of everybody and we can continue help to select yet another great small Batch release…”

In the Cigar Insider article Nodal described the cigar as a similar to the other box-pressed Aging Room, the Aging Room Quattro F55, but using an eight year old Dominican Criollo wrapper instead of Sumatra.  The tobacco comes from growing partner Jochi Blanco’s farms and will be made at Tabacalera La Palma