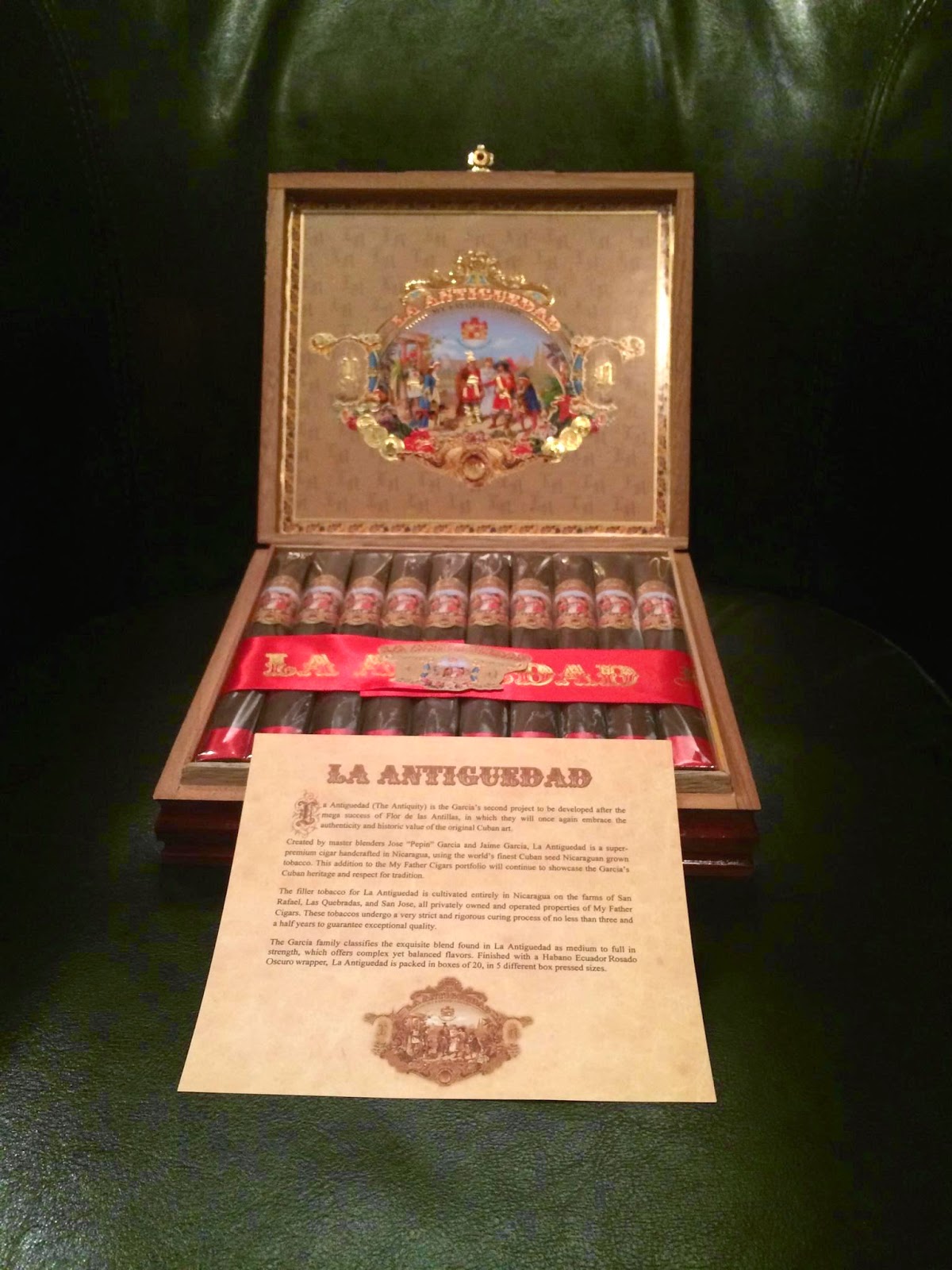 La Antiguedad the latest line by My Father Cigars has begun to surface on retailer shelves.

Back in February, the La Antiguedad line was announced by My Father Cigars.   The name La Antiguedad is Spanish for “the seniority or the aged”.  This release was described to us as a “Flor de las Antillas but on steroids”.

While this is a different blend than Flor de las Antillas, it is reminiscent in terms of the portrait art-work that makes up the packaging.  One can certainly make the case that Flor de las Antillas has one of the most successful cigar lines in the history of the cigar industry, thus La Antiguedad can be considered a major release.

At a glance, here is a look at the La Antiguedad:

The filler tobacco is all grown by the Garcia family in Nicaragua. 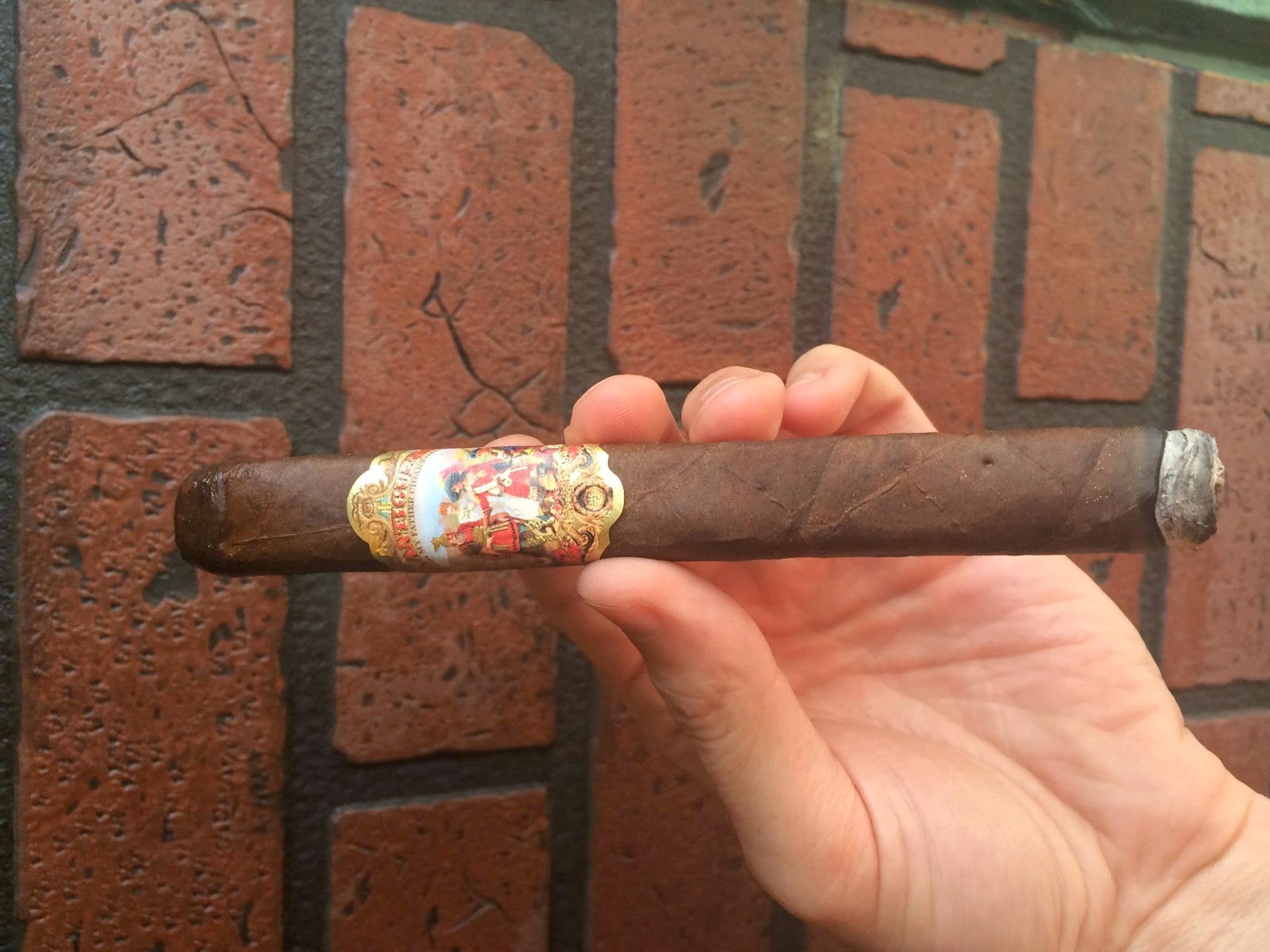 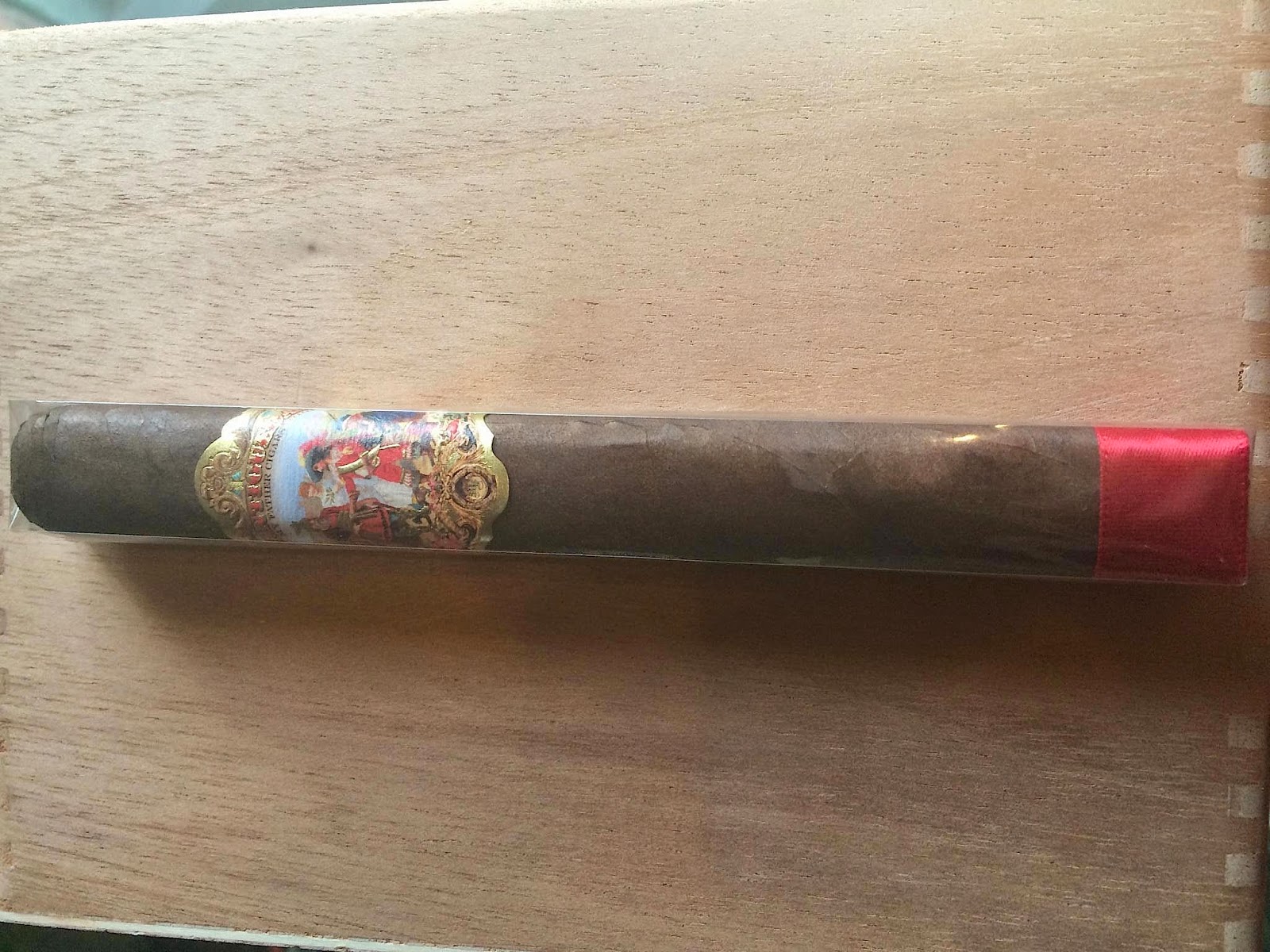 The La Antiguedad is being launched in five box-press vitolas.  The cigars are packaged in 20 count boxes.