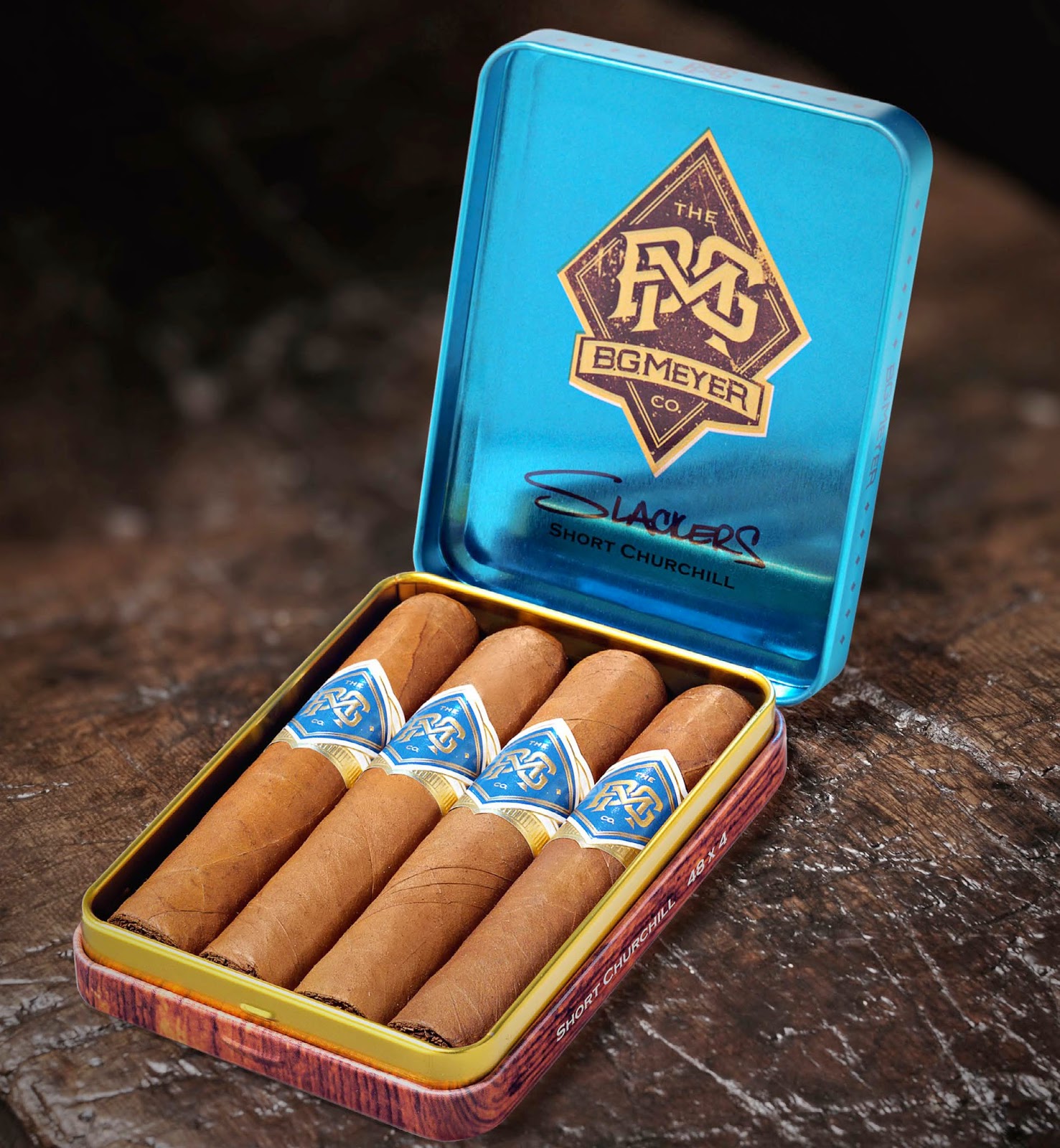 B.G. Meyer Co. will be launching its second line of cigars, B.G. Meyer Slackers.  The cigar is expected to be showcased at the 2014 IPCPR Trade Show in Las Vegas next week.

B.G. Meyer Co. is screenwriter Rob Weiss’ brand in the Camacho Cigars portfolio.  Weiss, along with Mike Ditka (Ditka Cigar line) and Matt Booth (Room 101 Cigars) make up Camacho’s celebrity “Board of the Bold” – each of whom have their own cigar brands.  The B.G. Meyer brand was introduced last month when it announced its first cigar called “Standard Issue”.  At that time, we noted the Slackers project was in the works.

Slackers fills a couple of gaps in the Camacho Cigars portfolio.  It provides a short and portable (the cigar are packaged in tins) smoke.  Secondly it provides a milder blend under the Camacho umbrella.

Slackers also taps into being a part of the Davidoff family.  In fact the blend for this cigar was developed by master blend, Henke Kelner.

At a glance, here is a look at the B.G. Meyer Slackers