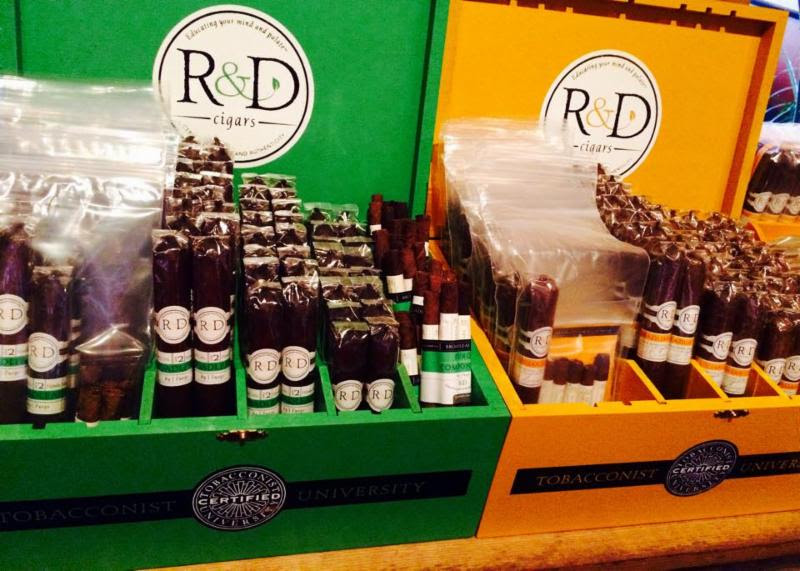 Part of the goal of the R&D Cigars project is to educate people on the cigars. The cigar features what is described as an experimental wrapper  grown in Pennsylvania from a Connecticut Broadleaf seed. This was a project pioneered by A.J. Fernandez. While Fuego blended the cigar, the cigar is also produced at Fernandez’s Tabacalera Fernandez factory in Nicaragua.  The remainder of the blend consists of a Honduran Jamastran Habano seed binder and filler consisting of Nicaraguan tobaccos from Ometepe (Habano Criollo 98), Jalapa (Habano Corojo 99), and Esteli (Habano Criollo 98) 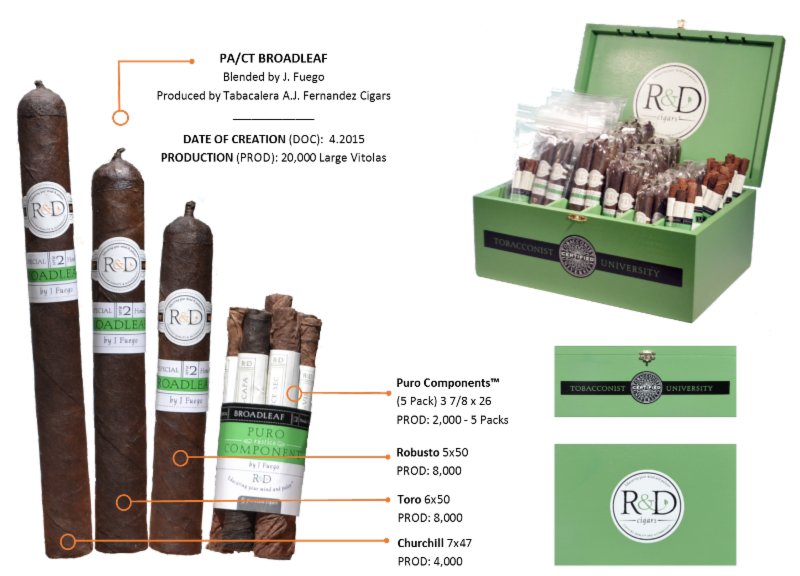 At a glance, here is a look at the R&D PA/CT Broadleaf