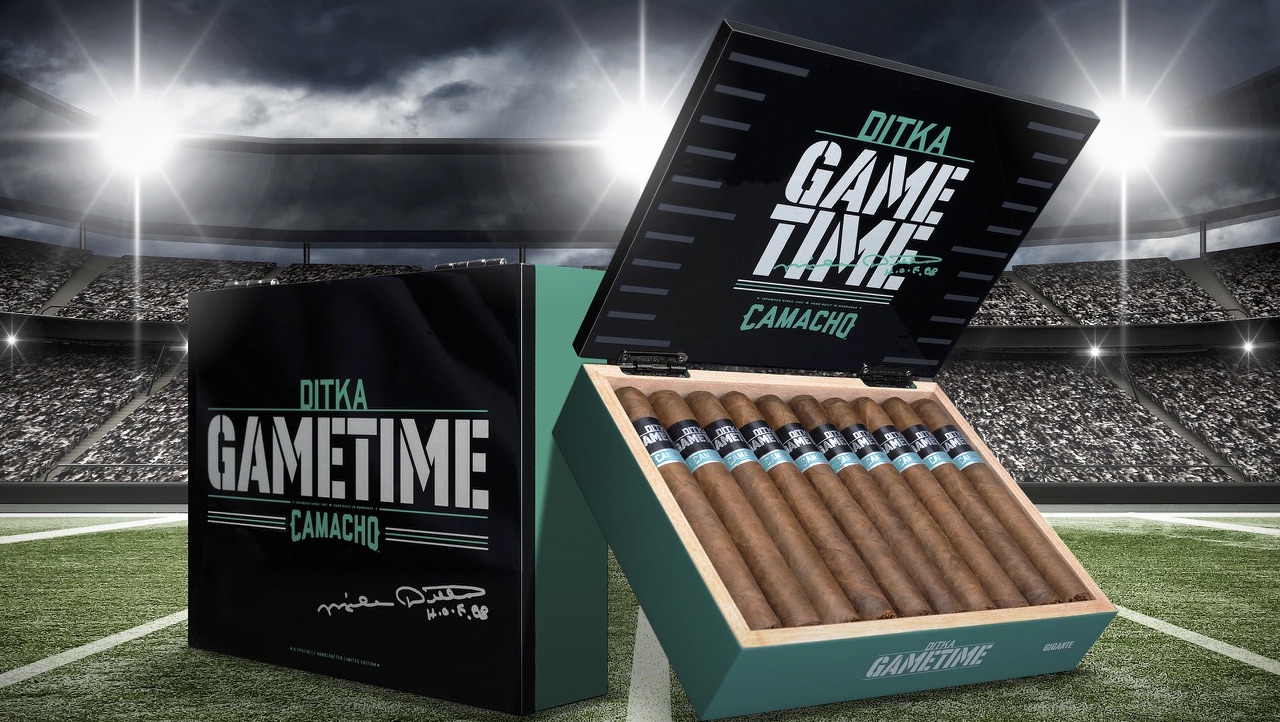 While Camacho Ditka’s brand was quiet at the IPCPR Trade Show, the brand still had something in store for 2015.  This week, Camacho has begun informing retailers of a new limited edition offering under the Ditka brand called Ditka Game Time.  The new cigar is expected to begin arriving at retailers on October 9th.

The Game Time becomes the seventh blend to be released under the Ditka brand – named for NFL Hall of Famer, Mike Ditka. The Ditka line was launched by Camacho in late 2012 with the Ditka Kickoff Series – which consisted of three limited blends:  The Player, The Coach,  and the Hall of Famer. In 2013, two additional limited edition lines were released – the Throwback and Ditka 99.  Last year, the brand launched its first regular production line with the Ditka Signature.  With the Ditka Game Time, this will become the sixth limited edition blend in the line.

At a glance, here is a look at the Ditka Game Time:

The Ditka Game Time consists of a multi-national blend from four countries.