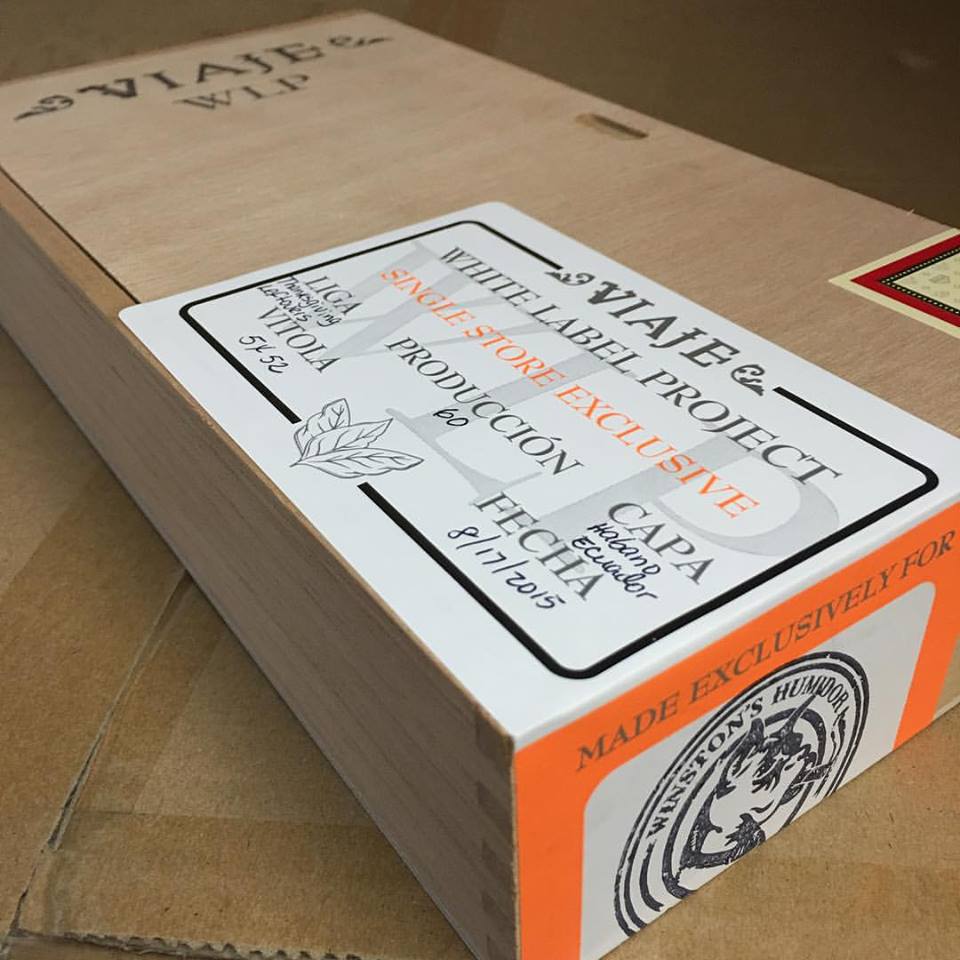 The cigar is being made in the Dominican Republic at the PDR Cigars factory.  The cigar features a Habano Ecuador wrapper over a blend of Dominican and Nicaraguan tobaccos. The cigar comes in one size – a 5 x 52 robusto.  The cigars are packaged in 25 count boxes and there have been a total of 60 boxes made available. Pricing is $9.95 per cigar.

Viaje’s White Label Project was launched back in 2011 .It  been deemed a series of experimental blends, factory mash-ups, and test blends by Viaje. Viaje has recently been putting its Single Store Exclusive lines under the White Label Project brand.

At a glance, here is a look at the Viaje White Label Project Thanksgiving Leftovers.

The Viaje White Label Project Thanksgiving Leftovers is available in one size – a 5 x 52 robusto.