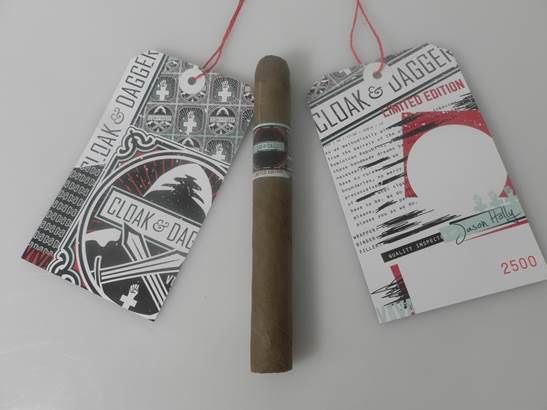 In a press release announcing the Cloak & Dagger series, company founder Jason Holly said, “I’m excited about this line, because it will allow me to get projects out of the factory much quicker, than we have been doing in the past. With standard packaging prepared, we can turn out a wet-shipped release, in less than a week, or 30-40 days, with traditional minimum aging.”

Cloak & Dagger keeps to the political theme of Viva Republica as it refers to “clandestine operations”.  This theme is appropriate for Cloak & Dagger in that the blend contents will not be disclosed to the public. According to company founder Holly, ” It’s my belief that to enjoy a cigar you needn’t know the blend components, in fact I think it’s better to smoke a new cigar without being prejudiced by tobacco origin, marketing/positioning, proclaimed strength, etc.”

Other blends and sizes under the Cloak & Dagger line are slated to be released later this year.