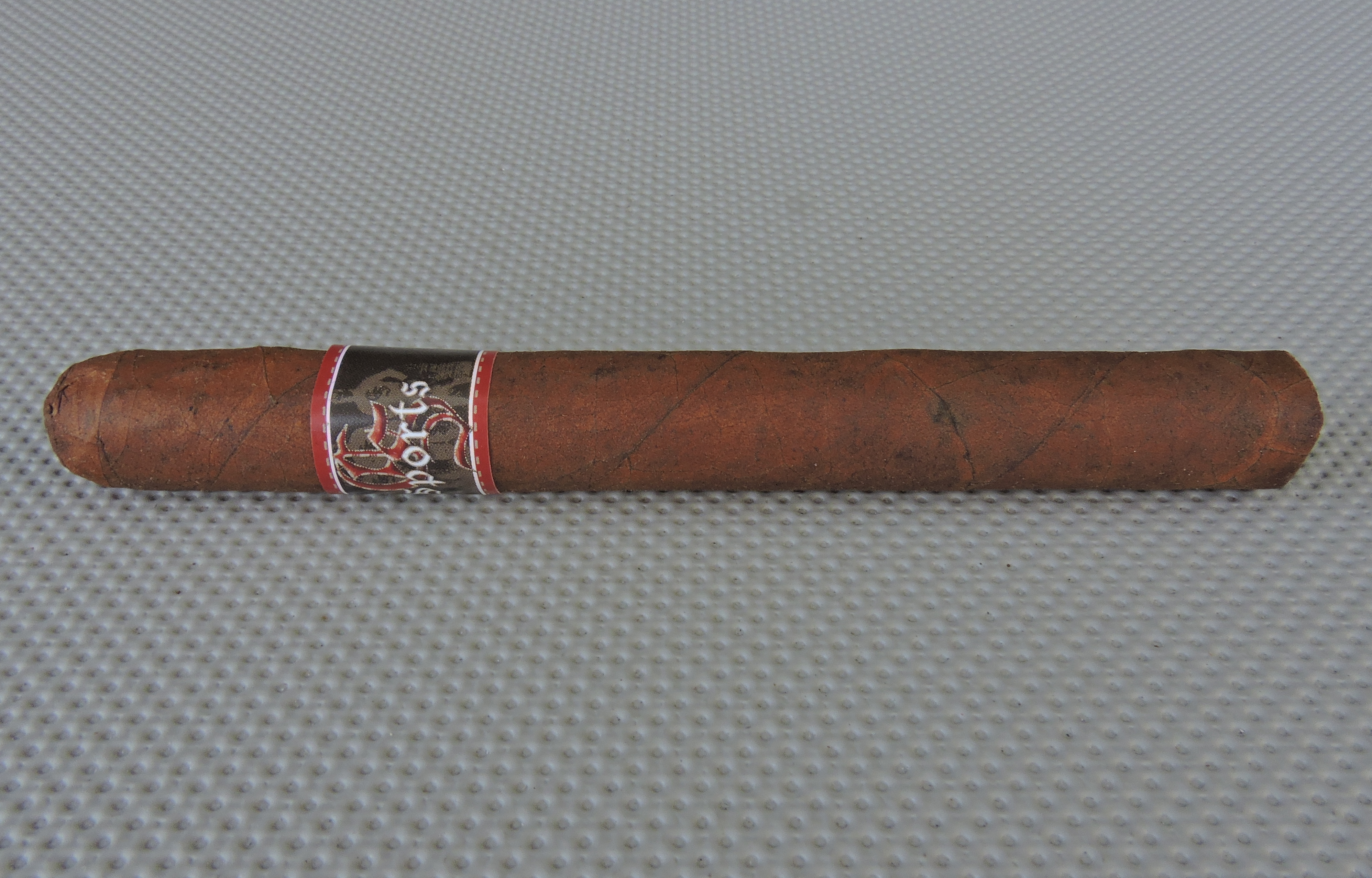 Early in 2016, Crux Cigar Company released a new cigar called Crux Sports. The Crux Sports is a 4 5/8 x 35 petit panatela offering designed to be a short, quick smoke. It was back in 2014 when Crux Cigar Company launched. The company was formed by Jeff Haugen and Joel Rogers, the owners of Tobacco Grove in Maple Grove Minnesota. The duo has looked to build on their experience on the retail end as they moved on to the manufacturing side. To produce its cigars, Crux partners with the Placencia factory in Nicaragua. Recently I’ve had an opportunity to smoke the Crux Sports. As someone who normally prefers a “full size” cigar, I found Crux Sports to be more than satisfying and an impressive offering.

For a company in business less than two years, Crux Cigar Company has put together quite an impressive portfolio of ten blends. While much of the cigar market has moved toward larger cigars, Crux has gone in the opposite direction – delivering a good amount of shorter and thinner cigars. These smaller cigars include offerings such as the Ninfamaniac, Ninfamaniac Dark, Skeeters, Crux du Connoisseur , and now Crux Sports. Crux has also not ignored the larger ring gauges as several of its other lines satisfy this segment.

Without further ado, let’s break down the Crux Sports and see what this cigar brings to the table.

With the exception of the Indonesian binder, the Crux Sports consists of a Habano Jalapa wrapper from Nicaragua as well as Nicaraguan filler.

Crux Sports is available in one size – a 4 5/8 x 35 petit panatela. The cigars are packaged in five packs and are available in 30 count boxes. 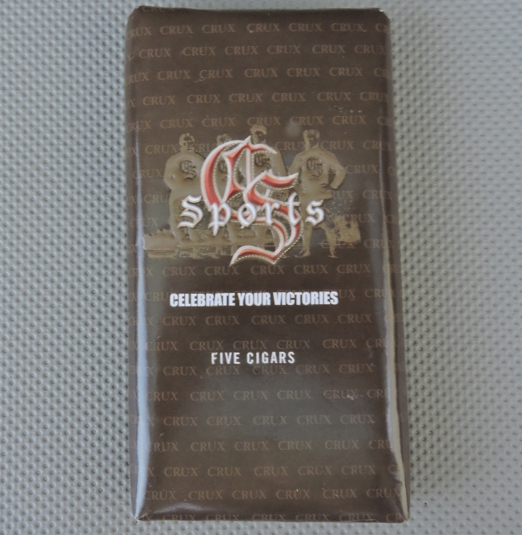 The Jalapa wrapper of Crux Sports has a dark cinnamon color to it. Upon closer examination, there is some darker marbling on the wrapper’s surface. The wrapper itself has a light coat of oil on it. I found the wrapper to be somewhat smooth. The surface had some very thin visible veins as well as some thin wrapper seams.

The band of the Crux Sports is brown in color. On the center of the band is the text “Sports” in a gothic style font. Behind that text is are a “C” and “S” in a gothic red and white font. In the background are sihoulettes of athletes in light brown. The top and bottom of the band has red (outer) and white (inner) striping with a white stitch pattern in between.

The Crux Sports initially started out with a mix of generic wood and black pepper. As the flavor profile took form, notes of cedar, cinnamon, and cream emerged. It didn’t take long for the cedar and generic wood combination to move into the forefront. Meanwhile the cinnamon, cream and pepper notes became secondary. I found the pepper had a slight lingering effect on the tongue. As for the retro-hale, it delivered mostly notes of cedar with a slight amount of pepper.

By the second third, I found the generic wood notes became the sole primary flavor. The cedar receded to a close secondary note. I also found a slight cherry sweetness on-par with the cedar notes. Meanwhile the pepper, cinnamon, and cream were much more distant background notes.

During the last third, the Crux Sports maintained its woody profile. The cedar remained secondary with the pepper somewhat more distant. By this stage, the cherry, cream, and cinnamon notes had dissipated. This is the way the flavor profile remained until the end. The resulting nub was cool in temperature, but soft to the touch.

Overall the Crux Sports performed quite well when it came to the burn. The burn maintained a straight path. There was a slight amount of jaggedness on the burn line from time to time, but in most cases it didn’t require a significant touch-up. The resulting ash was tight and firm. I found the ash was mostly white with some darker speckling mixed in. Meanwhile the burn rate and burn temperature were both ideal. 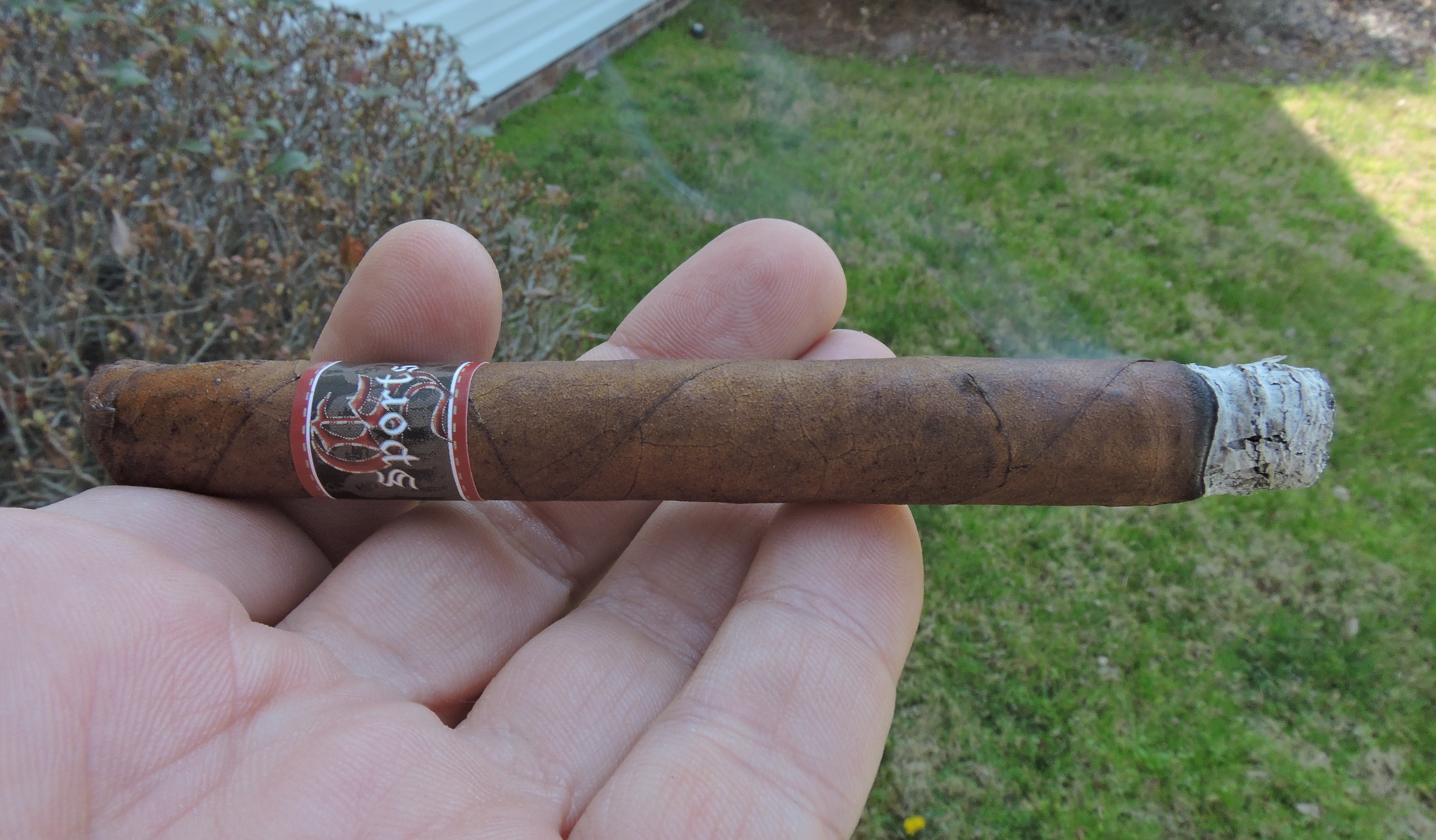 Burn of the Crux Sports

While normally I prefer a little resistance on a draw, when it comes to ring gauges in the mid 30s, I do prefer it a little more open. This is exactly what I got with the Crux Sports. I also found the Crux Sports produced an ample amount of smoke while puffing on it.

In its marketing Crux says that the Crux Sports “is not a cigarillo” and I couldn’t agree more. What you have is a short, thin 4 5/8 x 35 ring gauge that smokes like a premium cigar through and through. This cigar offers excellent construction, very nice flavor, and a fair amount of complexity. While this will completely serve the purpose of a “short, quick smoke”, there is no reason why this cigar could not be enjoyed any time of the day. The only drawback is I found the flavors of the first two thirds to be more enjoyable than the last third.