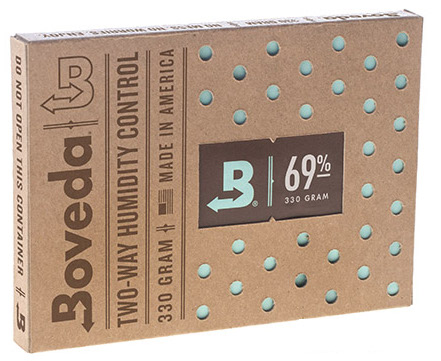 While Boveda’s 2-way humidification packs are a staple of many personal humidors, Boveda now has a new option in the form of a larger  320 (*) gram humidification pack it is calling the BFB. This product was showcased at the 2016 IPCPR Trade Show.

The company says the new BFB is the equivalent of the company’s standard 60 gram humidification packs (which Boveda says are actually 67 grams). Normally three to four packs are required for a humidor, but the company says this can be consolidated with the use of a single BFB pack that will last six times longer than the existing packs.

In addition a magnetic metal mounting kit is available. This mounting kit can be attached into the inside lid of a humidor and will house the BFB unit.

* Boveda has recently announced the packs will be 320g instead of 330g.