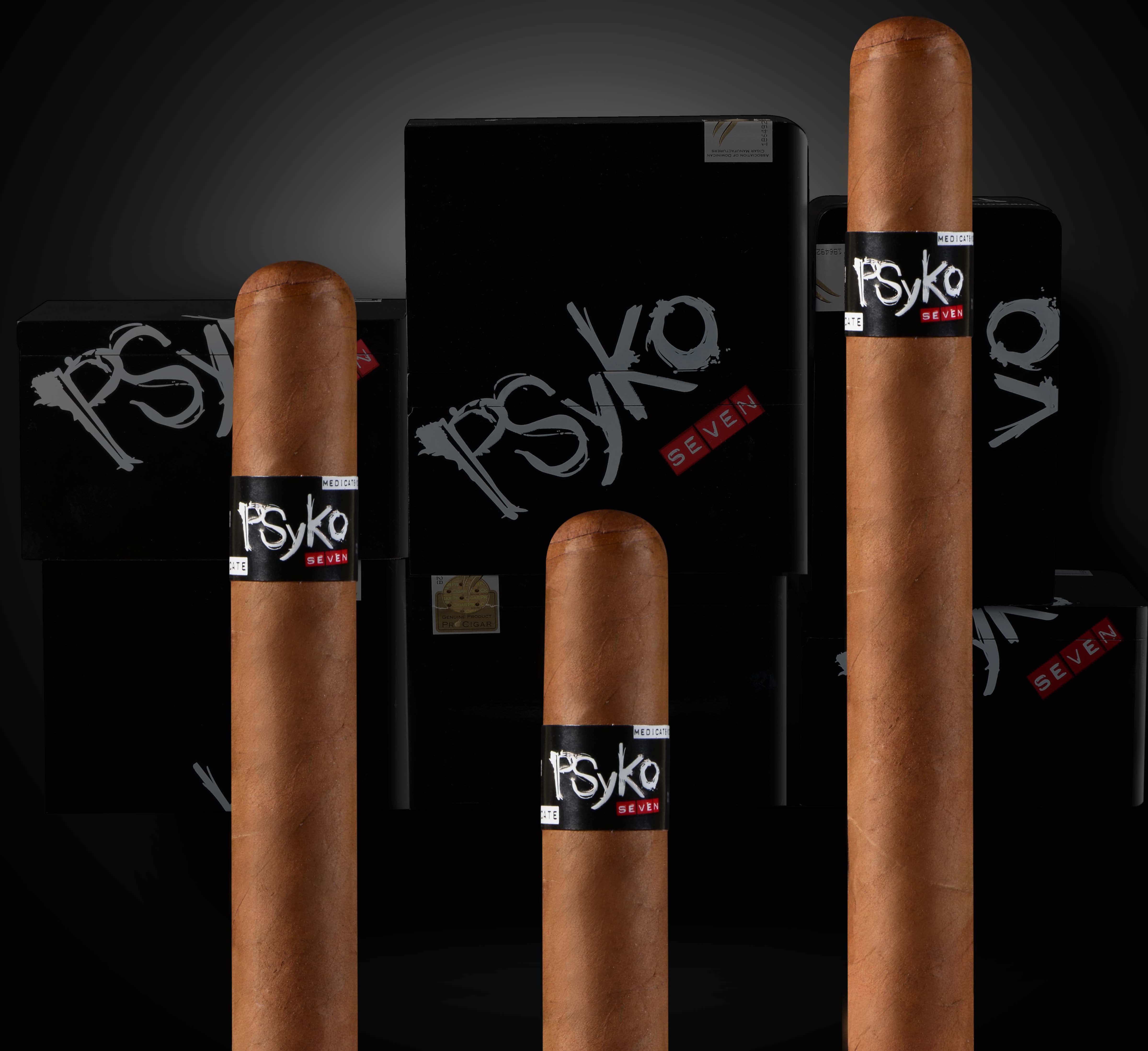 Ventura Cigar Company has officially released its third blend in its PSyKo Seven line, the PSyKo Seven Connecticut. This was a cigar that was first showcased at this 2016 IPCPR Trade Show.

Like the original PSyKo Seven and PSyKo Seven Maduro offerings, the PSyKo Seven Connecticut consists of a blend of seven different tobaccos from six countries. The blend features an Ecuadorian Connecticut Shade wrapper over a Dominican San Vincente binder and an undisclosed multi-national filler. The Psyko Seven Connecticut is available in three sizes (Robusto, Toro, and Gordo), The cigars are packaged in sleek black boxes.

“The PSyKo Seven Collection has enjoyed a lot of attention,” commented Jason Carignan, Ventura Cigar Company Chief Marketing Officer in a press release. “It’s known for offering up high quality sticks at a great price, earning 90+ ratings from top cigar publications. It’s a favorite of both the retailer and the consumer, so we added PSyKo Seven Connecticut to round out the line, and give our enthusiasts more to explore, and more to connect with.”

At a glance, here is a look at the PSyKo Seven Connecticut: