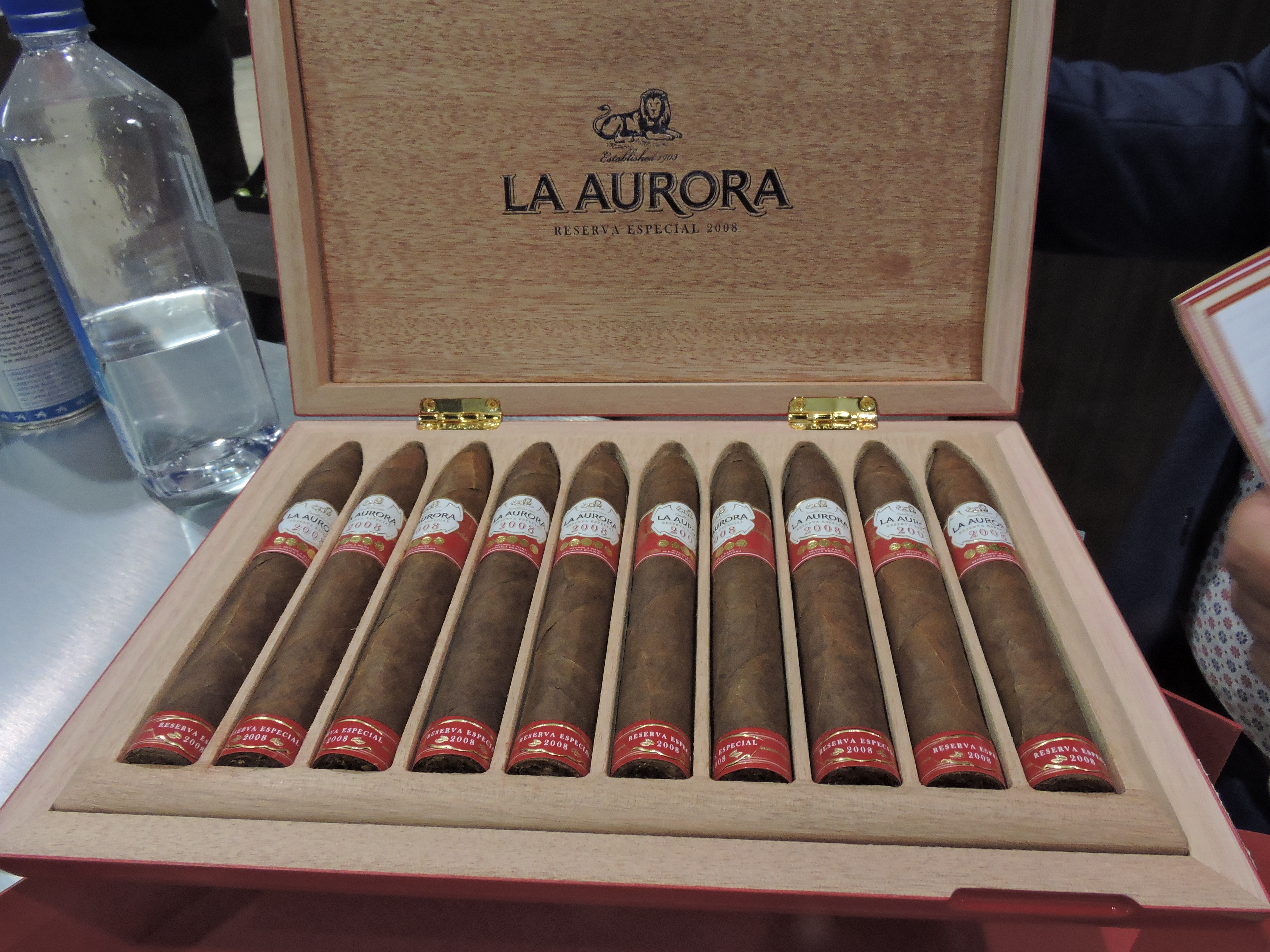 At the 2017 IPCPR Trade Show, La Aurora launched its most premium release to date, the La Aurora Reserva Especial 2008. It’s a cigar that features what La Aurora says is its most exceptional tobaccos from the 2008 harvest. 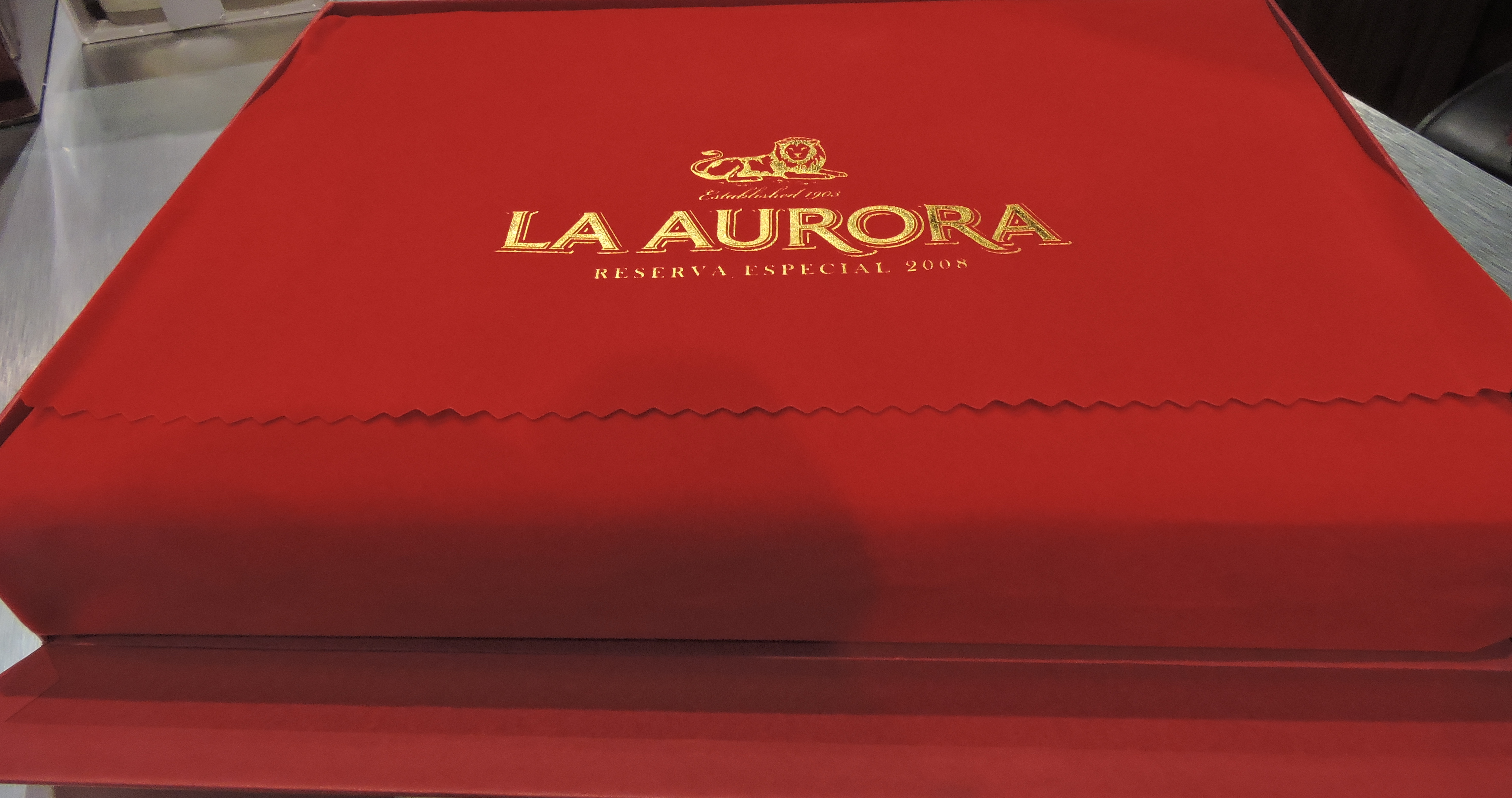 The La Aurora Reserva Especial 2008 consists of both an Ecuadorian Sumatra wrapper and binder over a blend of Brazilian, Nicaraguan, and Cibao Valley Dominican. The cigar is available in one size – a 6 1/4 x 52 bellicoso. The cigars are packaged in ten-count boxes with a total production of 500 boxes (5,000 cigars). Pricing for the La Aurora Reserva Especial 2008 is set at $27.00 per cigar. 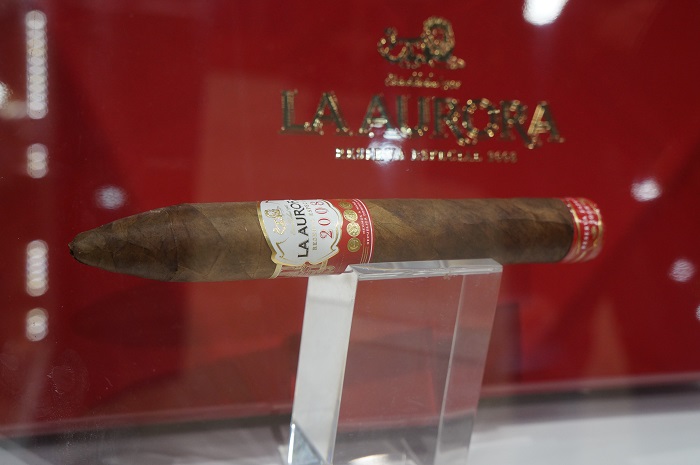 La Aurora is distributed in the U.S. market by Miami Cigar and Company.

At a glance, here is a look at the La Aurora Reserva Especial 2008: