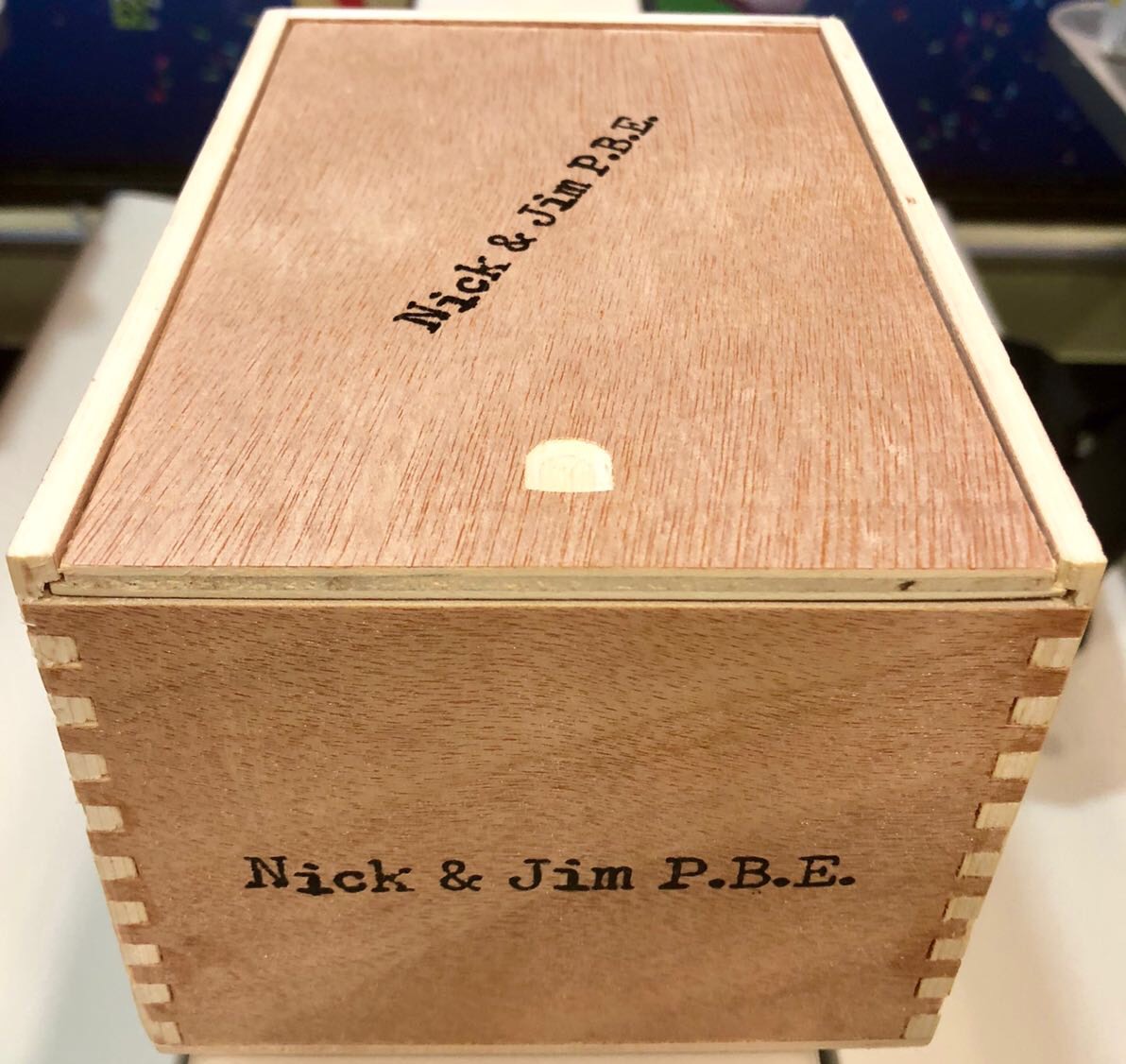 Nick Syris and Jim Robinson’s collaboration is getting ready to ship to retailers, but for the time being the first release will have a different name than originally planned.

Originally the duo had announced they were releasing Lavida Isla, but shortly after the announcement, some hurdles were encountered in terms of using the name. As opposed to delaying the release, the duo decided to release the initial batch as Nick & Jim’s P.B.E. (Pre-Band Edition).

“We decided to take a challenge put in front of us and turn it into a positive,” commented Nick Syris. “The packaging has a simple, yet rustic look. At the same time, cigar enthusiasts will be getting the same great cigar that was slated to be called Lavida Isla.”

The collaboration between Syris and Robinson started when the two met in Cuba. Robinson soon became a fan of LH Cigars and last year he asked Syris to blend him a cigar he could use for a house blend for his Leaf and Bean retail stores. Syris designed a cigar taking into account Robinson’s personal taste profile. The cigar not only became a house cigar at Leaf and Bean, it also grew to be a personal favorite of Robinson’s. As a result, the duo made the decision to take the brand national at this year’s IPCPR Trade Show where it received an overwhelmingly positive response

Nick & Jim’s P.B.E.is a medium-bodied cigar featuring a dark Ecuadorian wrapper. It is available in one size, a 6 x 54 Toro. Production for the cigar is coming out of Costa Rica.

Sales for Nick & Jim’s P.B.E. will be handled by the same team that handles sales for Robinson’s Leaf by Oscar and Island Jim lines. Orders for the cigar will be available prior to Christmas with the cigars shipping in January 2018.

Syris discussed the project on the December 9th, 2017 edition of the Smooth Draws Radio Show.

Note: The preceding content is original content written by Cigar Coop and provided to LH Cigars to use as a press release to make generally available. LH Cigars is a sponsor of Cigar Coop