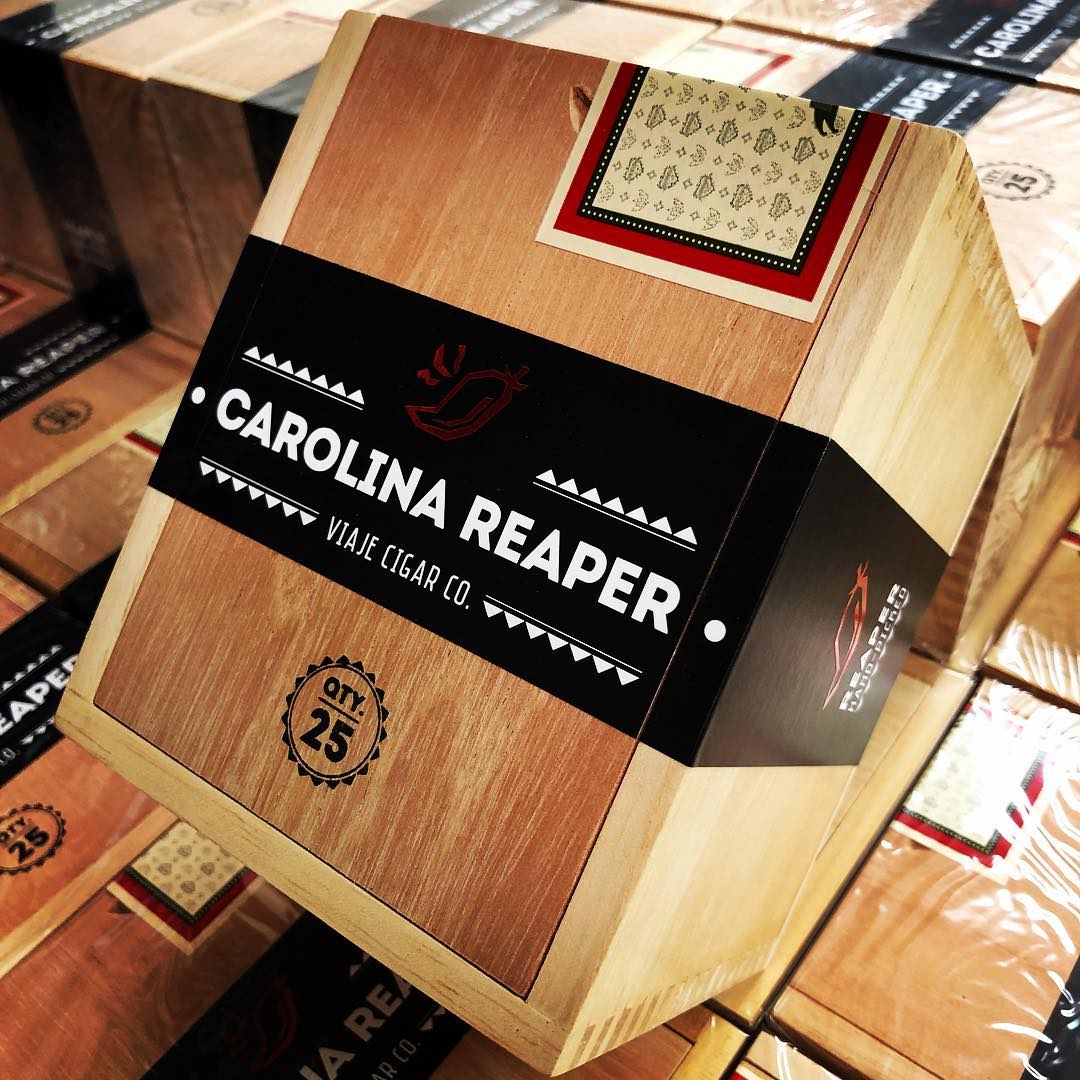 The Carolina Reaper is the next pepper to be harvested from Viaje Cigar Company. Today, Viaje announced the fourth installment to its series of cigars with a pepper theme, the Viaje Carolina Reaper.

Details of the Carolina Reaper blend have not been disclosed, but the cigar will keep to the 4 7/8 x 50 shape of the other Viaje “peppers”. The cigars will be packaged in 25-count boxes.