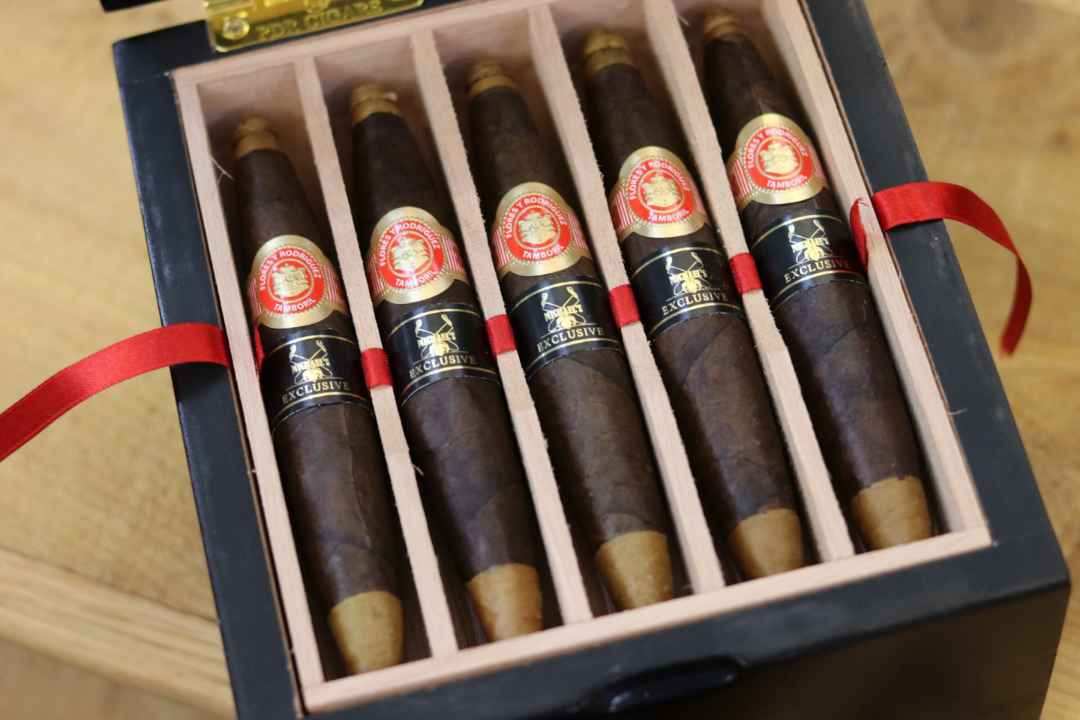 Michael’s Tobacco will be the exclusive home to a special limited edition offering of PDR Cigars’ Flores y Rodriguez Connecticut Valley Reserve Broadleaf Maduro. The limited edition Michael’s Exclusive will be a 6 x 60 double perfecto and will be available starting on October 15th, 2018 at both the Euless and Keller Texas locations.

Michael’s Tobacco owner Mike Peacock is a fan of both the Connecticut Valley Reserve Broadleaf Maduro and the double perfecto size and became curious to see how the blend would translate to the vitola. Peacock’s PDR sales representative Scott Lewis took the idea to PDR Cigars owner Abe Flores, who then started to implement the concept. After six months of testing, the Michael’s Exclusive Double Perfecto size of the Connecticut Valley Reserve Broadleaf Maduro was born. 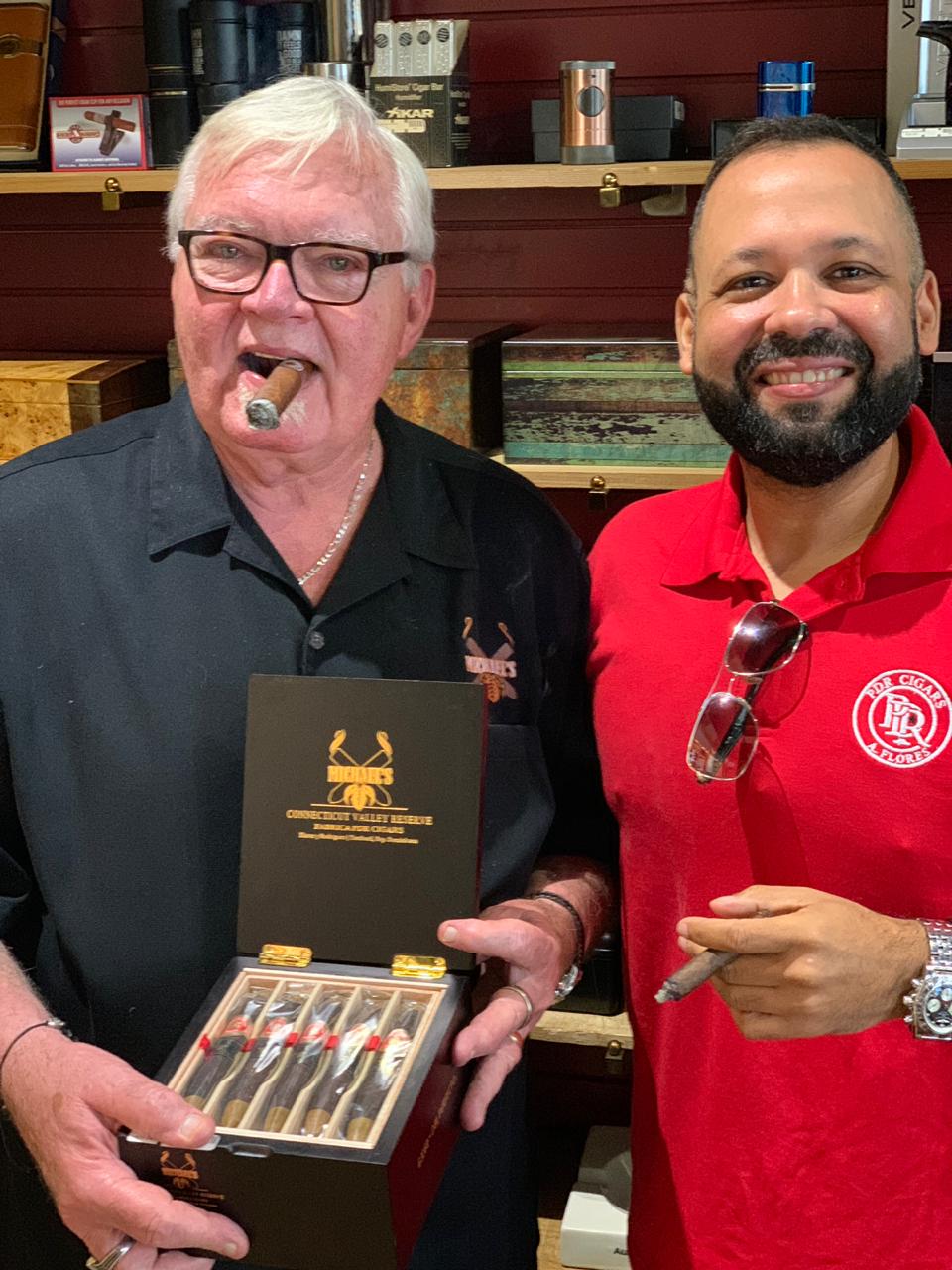 In addition to a Connecticut broadleaf maduro wrapper, the cigar utilizes a double binder of Ecuadorian corojo and Nicaraguan Habano. The filler includes tobacco from Condega and Criollo ’98, and Corojo from the Dominican Republic. The Michael’s Exclusive is packaged in special 15-count mahogany lacquer boxes with polished brass hinges. The Michael’s Tobacco is featured in gold foil on both the lid and secondary band. 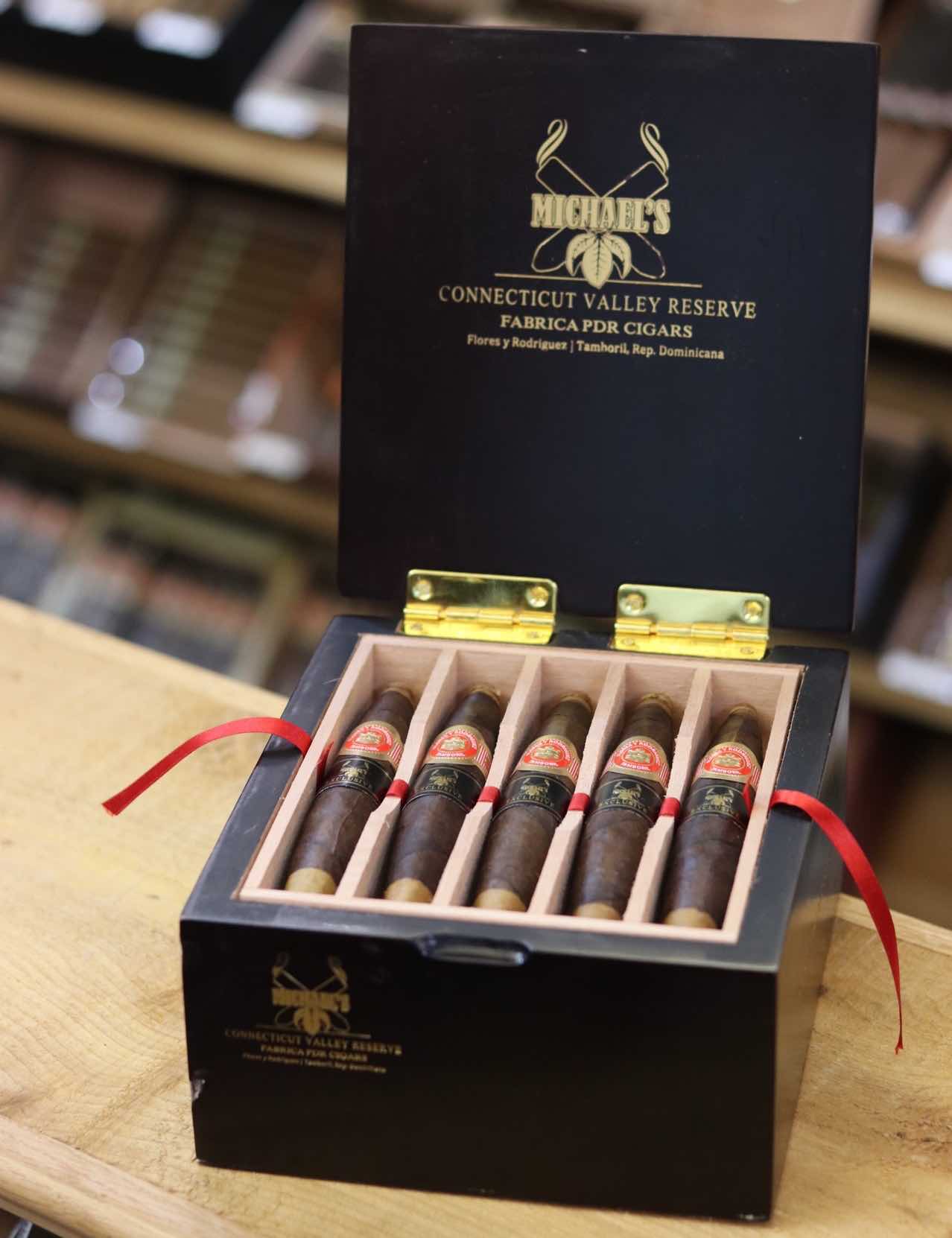 PDR Cigars launched the Flores y Rodriguez Connecticut Valley Reserve in 2015 and has become an annual limited offering. The Gran Toro size was the #11 Cigar of the Year in 2016 on Cigar Coop.