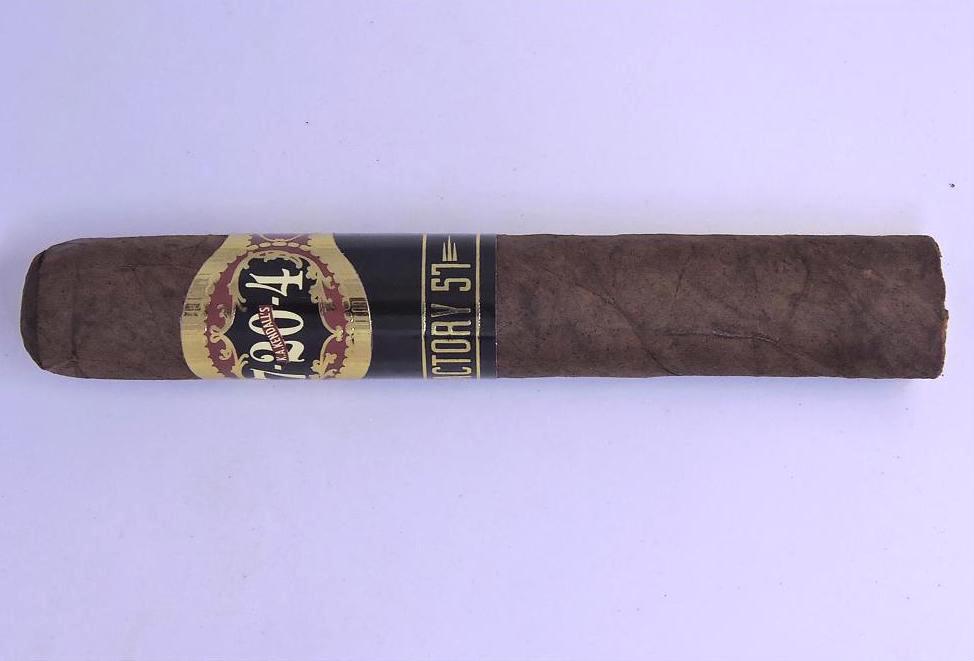 If you look at the tobaccos of the Factory 57, there are similar countries of origin to the original 7-20-4. The one notable difference is that Factory 57 uses a Nicaraguan Habano wrapper from the Jalapa region. Like the original 7-20-4, production is handled in Honduras at Nestor Plasencia’s Tabacos de Oriente S.A factory.

The Jalapa wrapper of the 7-20-4 Factory 57 Robusto had a milk chocolate color to it. There wasn’t much in the way of oil on the surface. While there were some visible veins and some visible wrapper seams, this was still a wrapper that was relatively on the smooth side.

The primary band partially rests over a secondary band. This secondary band has a piano-black background with the text “FACTORY 57” in gold font surrounding on the top and bottom with a gold stripe.

The cigar experience of the 7-20-4 Factory 57 Robusto kicked off with a straight cut to remove the cap. From that point, it was on to the pre-light draw. The dry draw delivered a mix of cocoa, leather, and citrus. Overall this was a satisfactory pre-light draw experience. At this point, it was time to light up the 7-20-4 Factory 57 Robusto and see what the smoking experience would have in store.

The 7-20-4 Factory 57 Robusto kicked off with notes of cocoa, earth, citrus, and a vegetable note. During the early stages, there was no dominant note, but by the middle of the first third, the cocoa note took a slight edge. It was around this time where a slight exotic pepper note also was present. This exotic pepper note was a little more prominent on the retro-hale.

The last third saw the earth notes take a slight edge over the cocoa, citrus, and vegetable notes. This is the way the Factory 57 Robusto smoked right until the end. The resulting nub was slightly soft to the touch and cool in temperature.

The burn to the 7-20-4 Factory 57 Robusto had a slight amount of waviness on the burn line. At the same time, there were a few points where the burn wanted to meander. In order to keep the burn on a straight path, a few extra touch-ups above the norm needed to be applied along the way. The resulting ash had a light to medium gray color. This wasn’t the firmest ash, but it wasn’t a loose nor flaky ash either. The burn rate and burn temperature were both ideal. 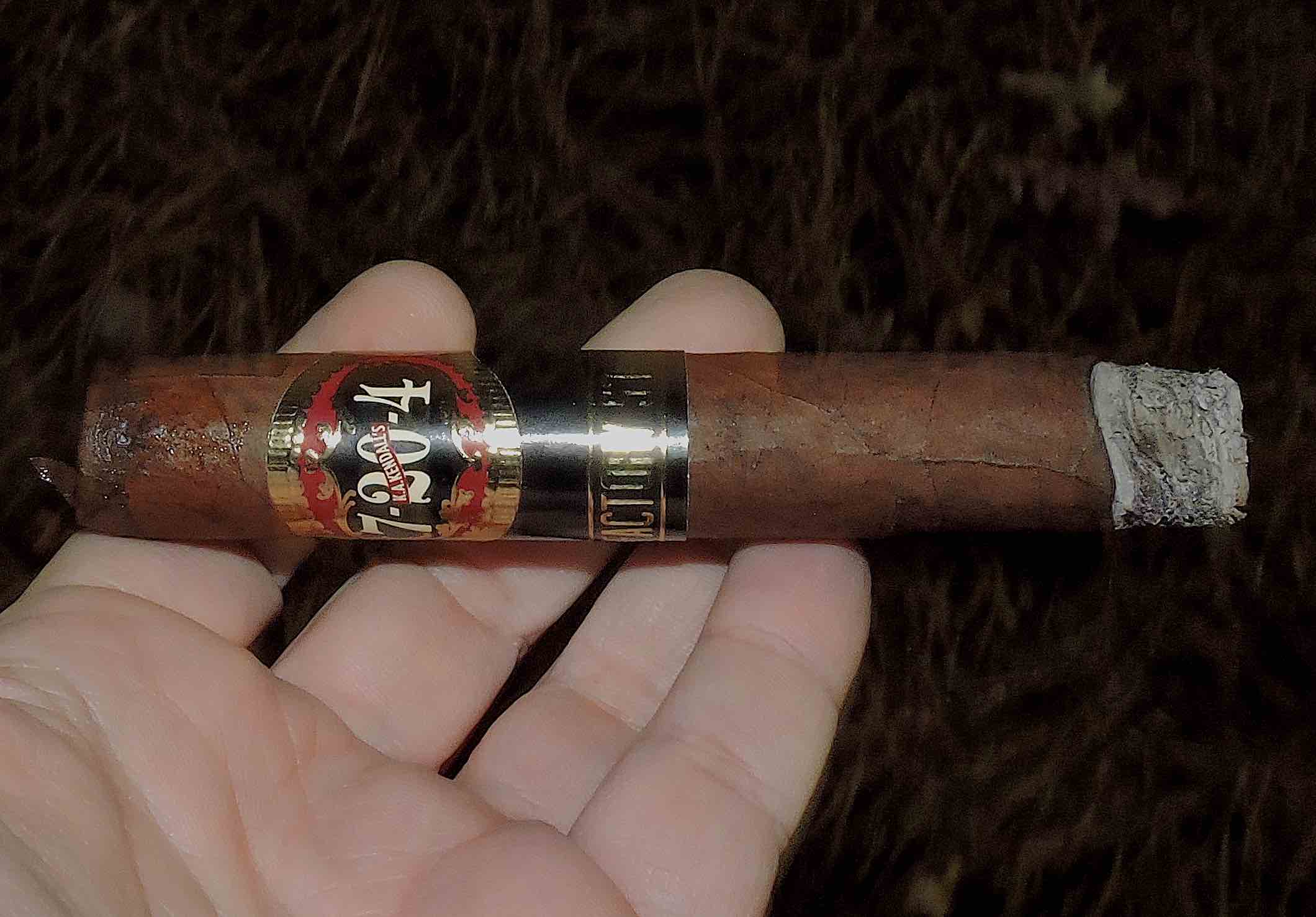 Overall the 7-20-4 Factory 57 Robusto had an excellent draw. It had the touch of resistance that I look for on a draw. At the same time, this was a low maintenance cigar to derive flavor from.

In terms of strength and body, the 7-20-4 Factory 57 Robusto comes in at a solid medium. For the most part, I found the intensity levels of both attributes to be constant throughout the smoking experience. At the same time, I also found that the strength and body balanced each other nicely with neither attribute overpowering the other.

There are a couple of key takeaways I have when it comes to smoking the 7-20-4 Factory 57. The first is that this is a very consistent cigar in terms of the overall smoking experience. The second is that this isn’t a very flashy cigar in terms of the overall flavor profile. Yes, I used an analogy of “exotic pepper” to refer to the spice component, but in the grand scheme of things, the spice was a small part of the flavor profile. In the end, I found this worked out very nicely in terms of what the 7-20-4 Factory 57 Robusto delivered. This is a cigar I would recommend to either a novice or experienced cigar enthusiast. As for myself, it’s definitely a 7-20-4 cigar that I would purchase and smoke again.