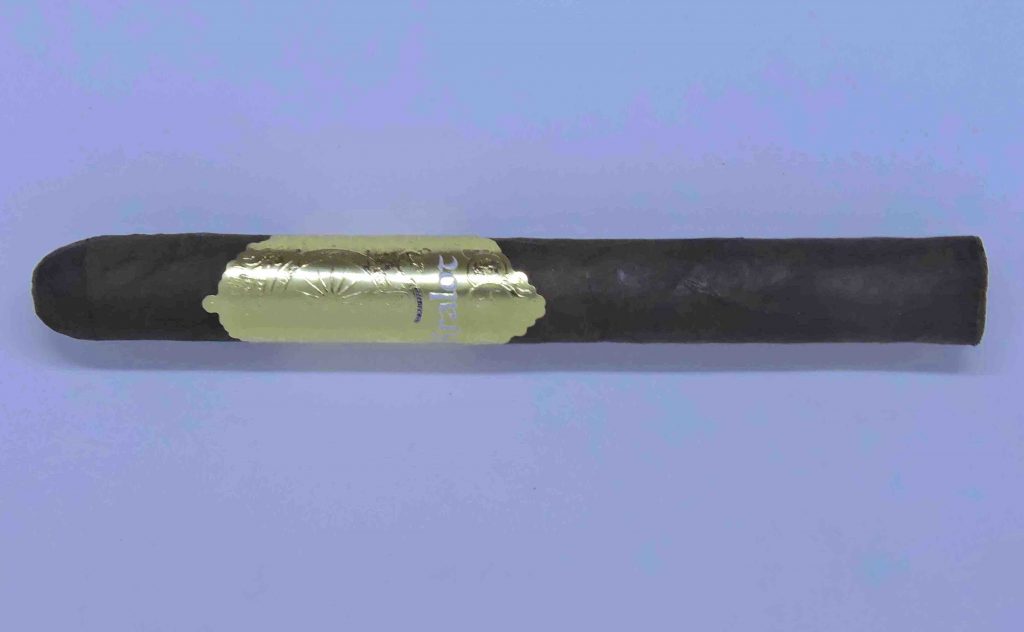 The year 2018 was a turning point when it came for Riste Ristevski’s Jas Sum Kral (JSK) Cigars. When the year started out, Ristevski announced he was switching the production of his lines from Noel Rojas’ New Order of the Ages (NOA) factory to an obscure factory known as Tabacalera de Aragon. Later that year Ristevski announced a change to his distribution – he would stop selling direct to consumers and begin to move his product through cigar retailers. Simultaneously to these changes, Ristevski began the process of moving some of his existing Iines to Tabacalera de Aragon and at the same time started creating some new lines. One of those new lines was a limited production line known as Kralot. That cigar made it to retailers late in 2018. Today we take a closer look at the initial release of the Kralot.

Without further ado, let’s break down the Jas Sum Kral Kralot and see what this cigar brings to the table.

The Jas Sum Kral Kralot is highlighted by a San Andres Maduro over a blend of Nicaraguan tobaccos.

While additional sizes of the Kralot are planned, the original release was done in the form of a 7 x 50 Churchill. The cigars are presented in 20-count boxes

The San Andres Maduro wrapper of the Kralot had a dark chocolate color to it. Upon closer examination, there was some subtle mottling that could be seen on the surface. There was a very light sheen of oil on the surface as well. There were some visible veins and visible wrapper seams present.

Prior to lighting up the JSK Kralot, a straight cut was used to remove the cap. After the cap was successfully removed, it was on to the pre-light draw phase. The cold draw delivered a mix of coffee, chocolate, leather, and. subtle cedar note. Overall this was an excellent pre-light draw. At this point, it was time to light up the JSK Kralot and see what the smoking phase would have in store.

The JSK Kralot kicked off with more notes of coffee and chocolate. Many times when I get these notes on a cigar, there could be a fusion which I’ll call mocha, but in the case of the Kralot the notes stayed separate and distinct. Early on notes of red pepper and natural tobacco emerged. As the Kralot moved through the first third, the coffee notes emerged as the primary note with the chocolate, red pepper, and natural tobacco secondary. On the retro-hale, there was an additional layer of red pepper.

Later in the first third, the chocolate in the background started to shed its sweetness. As the Kralot moved into the second third, the coffee notes remained in the forefront. The red pepper and cedar notes slowly began to increase. Concurrently the chocolate notes started to shed its sweetness. Close to the midway point the coffee notes still were primary with the red pepper and cedar secondary. The chocolate and natural tobacco were more distant notes.

Later in the second third, the only change was the chocolate notes started to have some sweetness re-emerge. As the Kralot moved into the final third, the coffee notes were primary, the spices (red pepper and cedar) close secondary notes; and the chocolate and natural tobacco further back. This is the way the JSK Kralot came to a close. The resulting nub was slightly soft to the touch and cool in temperature.

The burn of the Kralot had a slightly jagged edge. There were times the burn was off-center, but this was remedied with some touch-ups. While there were a few more touch-ups than I preferred, the touch-ups did the trick, keeping the burn on track. The resulting ash had a light silver color to it. There were times there was some light flaking on the ash. As for the burn rate and burn temperature, both maintained ideal levels. 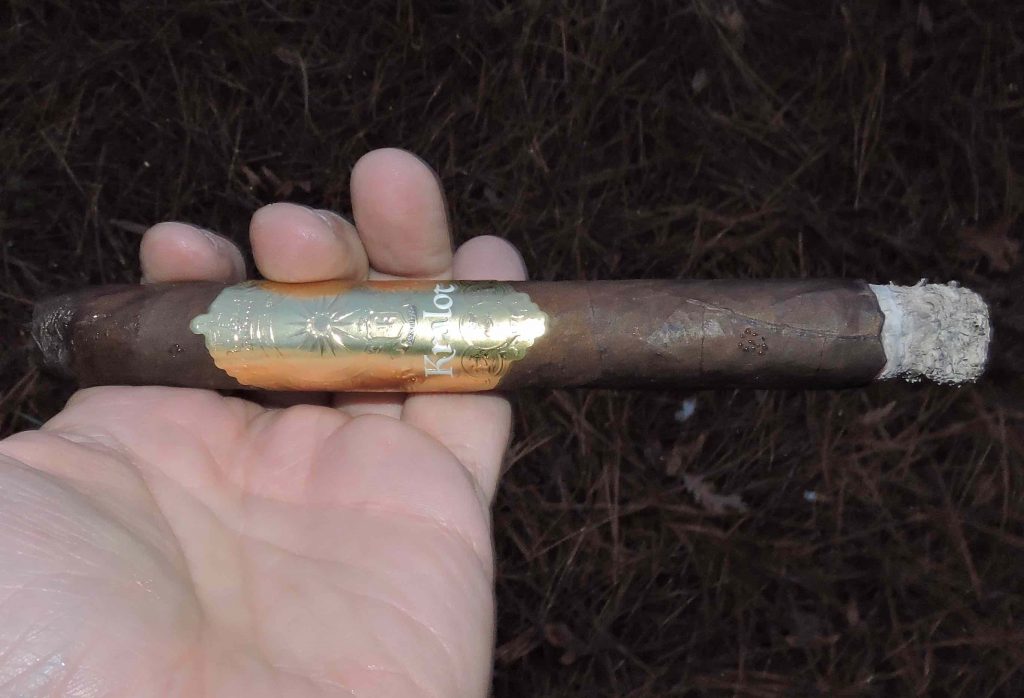 The draw of the JSK Kralot had a touch of resistance to it – which is something that I consider a positive on a draw. This was also a cigar where it was low maintenance to derive flavor from.

The JSK Kralot started out as a medium strength, medium-bodied cigar. Both attributes increased in intensity in the first half with the body increasing at a slightly faster rate. By the midway point, the strength moved into medium to full territory. As for the body, it moved into medium to full by the 2/5 point. Both attributes continued to slowly increase in intensity during the second half, but neither approach the threshold of full strength and full-bodied territory.

In terms of strength versus body, the body maintained a slight edge.

Two things I am learning about JSK Cigars. First, this is a company that has found a gem in a factory in Tabacalera de Aragon. Secondly, when it comes to Maduro cigars in the small batch segment, Riste Ristevski knows how to deliver an excellent one. With the Kralot, Ristevski succeeds in delivering an excellent blend. San Andres wrappers can tend to overpower a blend, but no such case with the Kralot. Kralot is a cigar that is also going to excel in the most important category – flavor. It’s a cigar I would definitely recommend to a seasoned cigar enthusiast, but I would not discourage the newbie from trying this. At $14.00, this isn’t an inexpensive cigar, but it’s one that reaches the standard of excellence at a 90 score – and it’s one worth buying one for sure.

« The Blog: How to Choose Your First Cigar with Nick Perdomo » Prime Time Episode 125: Industry Panel #8 – 2019 Cigar of the Year Lists