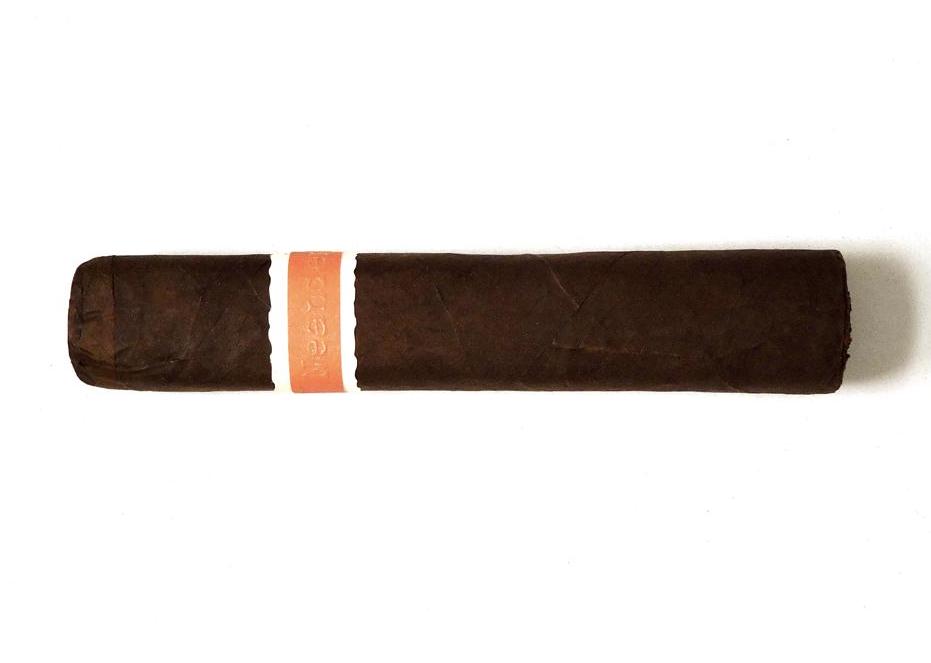 RoMa Craft Tobac co-founder Skip Martin was developing the concept for Neanderthal, he discovered that increasing the strength of the blend through adding ligero is something that really did work. At the same time, Martin learned that different tobaccos have different nicotine levels. He was introduced to a Pennsylvania Double Ligero leaf known as Green River Valley Sucker One (GR-S1). This is a regrowth leaf from Pennsylvania broadleaf that has a naturally higher nicotine level (between 9% to 13% – significantly higher than the 5% – 6% found in Estelí Ligero). Using this leaf allowed Martin to increase the blend’s strength. The difference is when it comes to the Neanderthal LH, Martin has stated the blend uses a whole leaf of the GR-S1 tobacco – which is nearly two to three times the amount found in the original Neanderthal HN line.

Without further ado, let’s break down the Neanderthal LH and see what this cigar brings to the table.

While Pennsylvania GR-S1 may be the secret sauce to the Neanderthal line, there are tobaccos from four countries in this blend. This includes a Mexican San Andres wrapper, a U.S. Connecticut binder, and tobaccos from Nicaragua, the Dominican Republic, and of course the Pennsylvania GR-S1 leaf. As with all production for RoMa Craft Tobac cigars, it is handled out of the Nica Sueño factory in Estelí, Nicaragua.

The Neanderthal LH is offered in one size – 4 3/4 x 56 box-pressed viola. The cigar is presented in 15-count boxes. 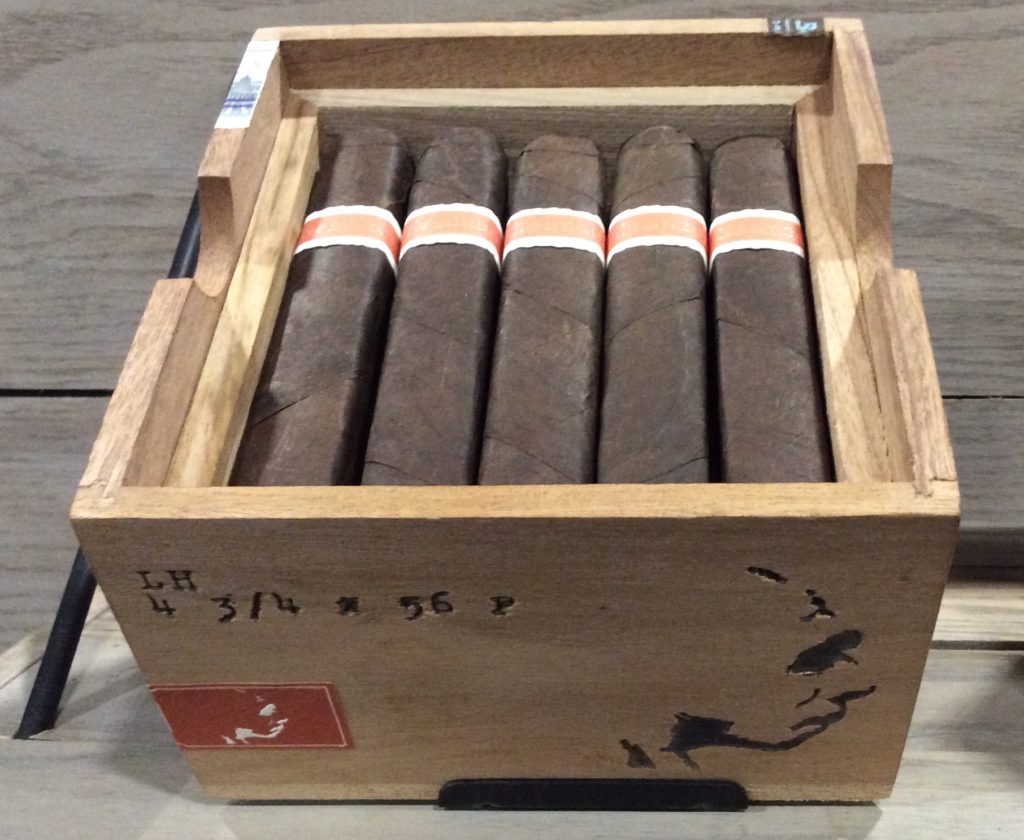 Packaging of the Neanderthal LH

The Mexican San Andres wrapper of the Neanderthal LH had a chocolate brown color with a someone silky complexion. There were some thin visible veins on what was still a somewhat smooth surface. The box-press had a very slight Cuban press style to it.

The Neanderthal LH features the same banding found on the rest of the Neanderthal line. There is a thin orange-rust colored band with the text “Neanderthal” embossed on it. The far right of the band contains the RoMa Craft Tobac logo. The charcoal band sits on top of a thicker white band. The white band contains etchings of what could be considered “early modern man.”

Since the Neanderthal LH had a very flat cap, a razor thin cut was used to clip the top of it. After the cap was clipped it was on to the pre-light draw. The cold draw delivered a mix of chocolate malt and a slight red pepper spice. I considered this combination of flavor to be an excellent pre-light draw. At this point, it was time to light up the Neanderthal LH and see what the smoking experience would have in store.

The Neanderthal LH kicked off with a mix of dark chocolate, green jalapeño, earth, lemon, and mineral notes. There was no dominant note during the early stages, but before the midway point of the first third, the dark chocolate notes emerged as a primary note. The jalapeño, earth, lemon, and mineral notes settled in the background. There was an additional layer of jalapeño and black pepper.

The final third of the Neanderthal LH saw the earth notes take over as the primary note. The pepper notes were close secondary notes. There still were lemon and mineral notes present with the dark chocolate notes more visible. This is the way the Neanderthal LH came to a close. The resulting nub was slightly soft to the touch and cool in temperature.

For the most part, the Neanderthal LH maintained a straight burn path and straight burn line. There were some touch-ups required along the way, but nothing that I would consider to be excessive. The resulting ash was mostly silver-gray. This was an ash that was on the firmer side. As for the burn rate and burn temperature, both were ideal. 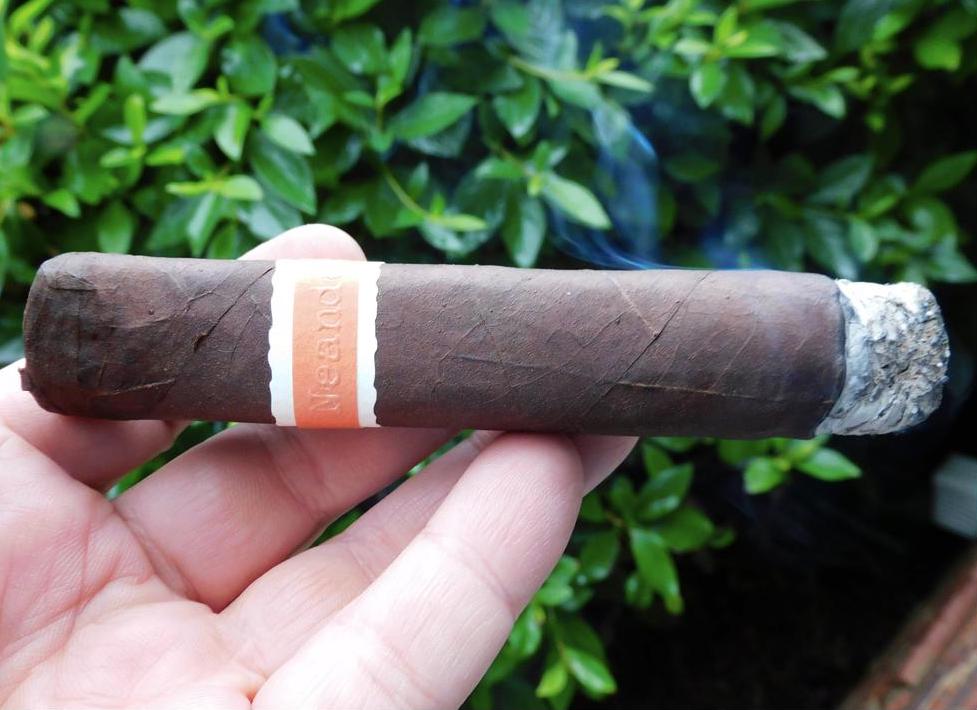 The draw on the Neanderthal LH had a nice balance of openness and resistance. I liked the fact this box-press draw wasn’t too open. There was also an ample amount of smoke that was produced on the retro-hale.

The Neanderthal LH lives up to its reputation as being quite strong. The strength level came out of the gate as full and actually increased throughout the smoking experience. As for the flavors, they were bold, but more in the way of medium to full before progressing to full in the second half. This is a cigar where the retro-hale must be factored in to assess the depth of the flavors delivered.

In terms of strength versus body of the Neanderthal LH, the strength definitely has the edge.

As we recently have established, a score of “90” is the standard of excellence on Cigar Coop, and the RoMa Craft Tobac Neanderthal LH earns that distinction. It’s also a cigar that lives up to its promise as being stronger than the other Neanderthal offerings. The big question is would I replace my smoking of the Neanderthal HN with it? The answer to that is no. I find the HN to be not only RoMa Craft Tobac’s best cigar, but one of the best powerhouse smokes in the market. That doesn’t take away from the Neanderthal LH – which is a nice alternative to the HN.

No doubt the Neanderthal LH is for an experienced cigar enthusiast. As I mentioned above, its a nice alternative to the HN, and it one I would recommend buying one to enjoy.