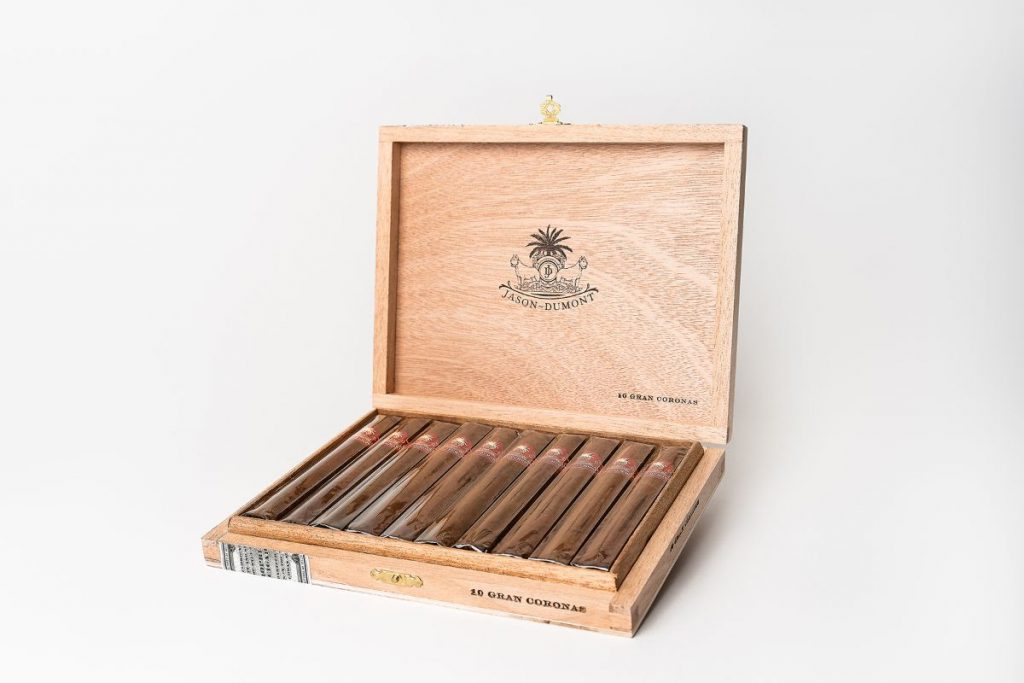 The name Jason-Dumont is derived from the middle name of Warped Cigars’ founder Kyle Gellis (Jason) and the middle name of his father (Dumont). If the name sounds familiar, it’s probably because Jason-Dumont was a limited release under Warped’s DROP program – a direct to consumer program for limited and small-batch releases. According to Warped, Jason-Dumont will now be a regular production line under Proprietary Cigar Company.