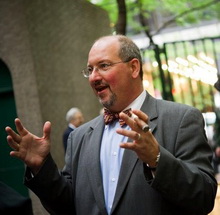 Today marks the final day of the Glynn Loope era at Cigar Rights of America (CRA). It was back in April that is was announced that Loope would be stepping down as Executive Director for CRA effective the day after Election Day. Loope has been the only Executive Director the organization has known since it launched in 2008.

In his nearly 12 years at the helm, CRA grew as an organization from the ground up. This past year, the industry had successful wins against the FDA in court on regulations surrounding both warning labels and substantial equivalence.

For the better part of a decade, Glynn has guided CRA as it has transformed itself from a small issue oriented trade association to the leading advocate for the premium cigar industry in Washington, DC.

Although much work remains to be done, CRA is extraordinarily grateful for Glynn’s tireless work as a passionate defender of the right to enjoy a premium cigar, and we will continue to champion the rights of adult consumers and carryout the mission of CRA that Glynn advocated for so strongly.

While Glynn’s departure marks the end of an extraordinary era of growth and advocacy, it also marks the beginning of a new chapter for CRA where we will build upon the success of CRA that Glynn helped establish.

The Board of Directors of CRA and Mike, Cody and Harrison wish Glynn the very best in his next endeavors and thank him for all he has done for the organization and the premium cigar industry over the last decade. Lastly, we would also be remiss if we didn’t recognize Glynn’s wife Jill and thank her for her years of support of CRA and volunteering at her own expense for the organization at events across the country.

Simply put, CRA would not be the organization it is today without Glynn’s leadership.

As for a successor, the organization has not said publicly if or when a successor will be named.