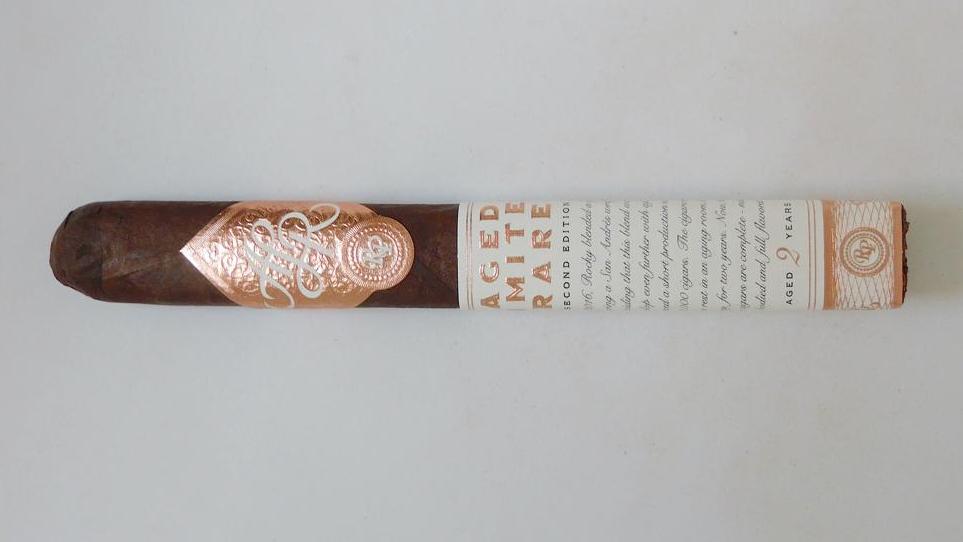 At the 2019 IPCPR Trade Show, Rocky Patel Premium Cigars introduced the A.L.R. Second Edition line. A.L.R. stands for Aged, Limited & Rare. As the name indicates, second edition refers to the second blend in this series. The concept behind the A.L.R. line is simple – it involves developing a cigar, rolling the cigar, and then taking the completed cigar and aging it for an extended period of time. The idea around this is to see how the aged cigars perform. In the case of the A.L.R. Second Edition, the rolled cigars were aged for a minimum of two years. Today we take a closer look at the Rocky Patel A.L.R. Second edition in the Toro size offering.

As mentioned there have been two A.L.R. releases and both have been limited in production. The A.L.R. Second Edition has gotten much more of the attention. After being released at the 2019 Trade Show, there have been several other limited releases of the blend. Last year, it was offered as part of the PCA Exclusive Series for attendees of the Trade Show. For 2022, it has been announced it will once again be a PCA Exclusive for Trade Show attendees. In addition, an allocation of the A.L.R. Second Edition Toro size was made available to JR Cigar as a part of its JR 50th Anniversary Series that contained slightly different banding and packaging.

Without further ado, let’s break down the Rocky Patel A.L.R. Second Edition Toro and see what this cigar brings to the table.

The blend for the Rocky Patel A.L.R. Second Edition features a San Andres wrapper over Nicaraguan binder and filler. This differs from the original A.L.R. which had a different blend and different wrapper (Habano). 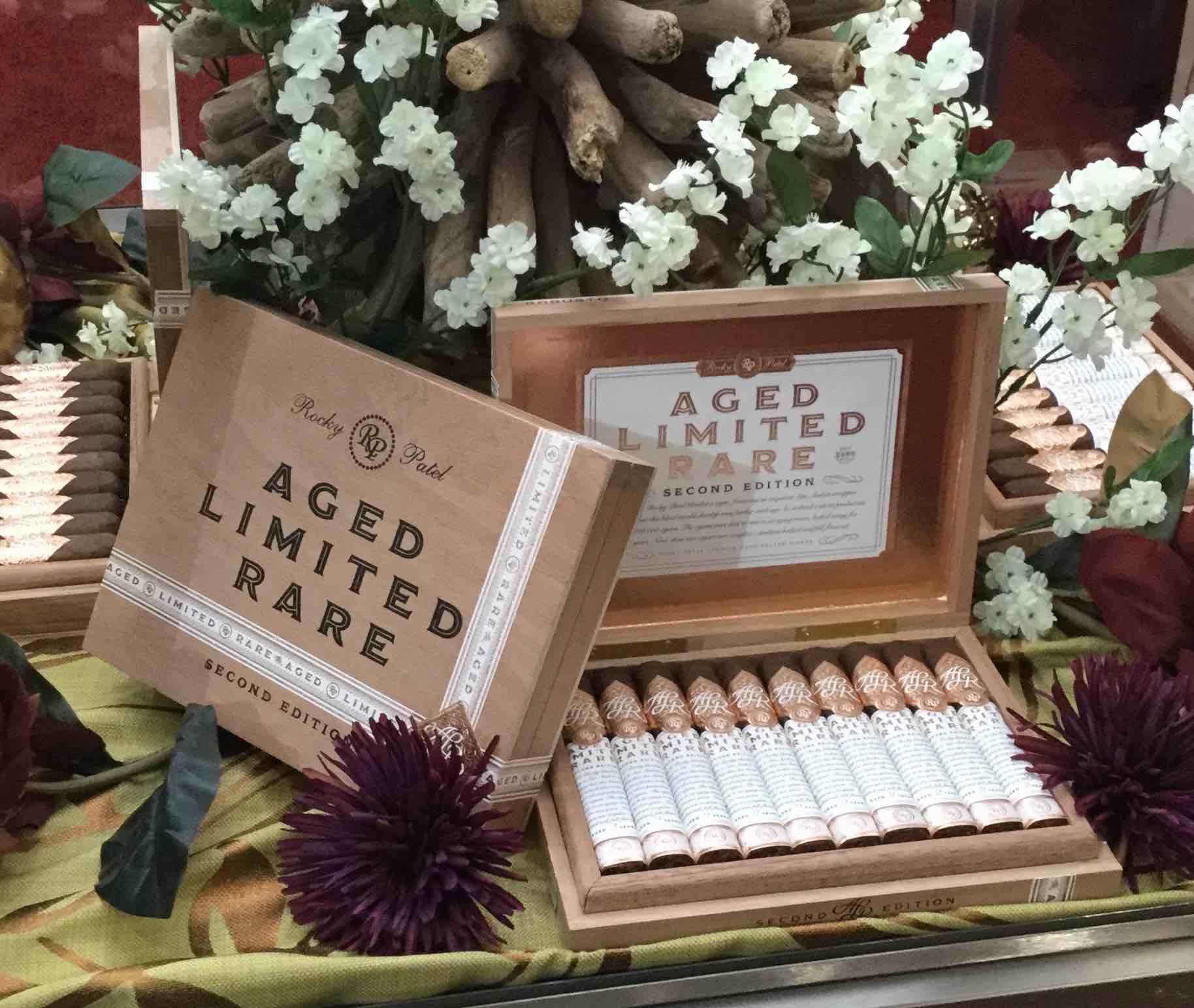 The San Andres Mexican wrapper of the A.L.R. Second Edition Toro had a milk chocolate look to it. Upon closer examination there was a slight amount of mottling. There also was a light amount of oil on the surface. The surface of the wrapper had some thin visible veins as well as some visible wrapper seams. The box press of the A.L.R. Second Edition Toro was on the sharper side as opposed to a softer, rounded side.

There are two bands on the Rocky Patel A.L.R. Second Edition. The primary band is copper in color with white font. On the center of the band is a cursive “ALR” insignia. The lower part of the band features an RP circular logo. There are also various embellished design elements on the band.

The second band is a large paper sleeve covering about 60% of the cigar. The upper portion of the sleeve has the text “AGED LIMITED RARE” in large copper font. Just below that is the text “SECOND EDITION” in black font. The lower part of the sleeve has a pseudo band design with a copper chain link pattern. There is a copper-colored RP Circulus logo on the center of the band. To the left and right of the logo are a cursive “ALR” insignia.

The center of the sleeve features the following text in black cursive font. (Note: This text is not on the JR 50th release of the A.L.R. Second Edition.)

In 2016, Rocky blended a cigar featuring an exquisite San Andrés wrapper. Deciding that this blend would develop even further with age, he ordered a short production run of 120,000 cigars. The cigars were laid to rest in an aging room and locked away for two years. Now, these rare cigars are complete – medium bodied and full flavored. 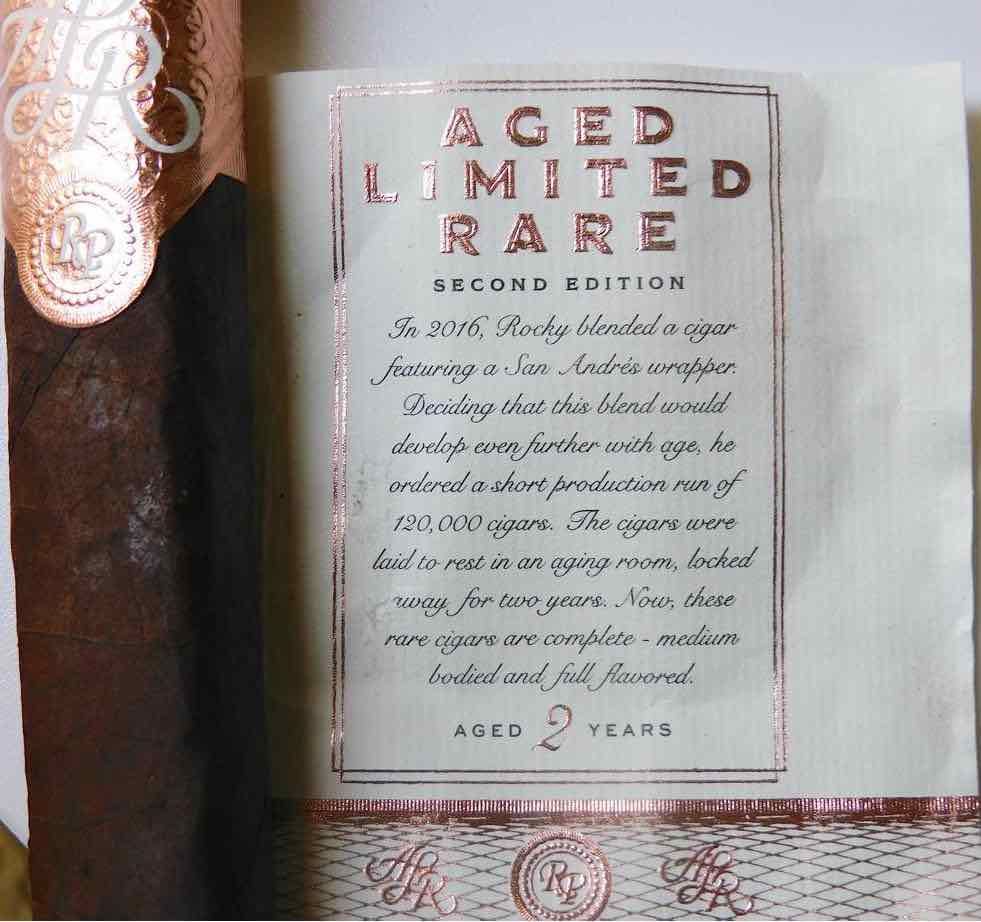 After removing the paper sleeve from the Rocky Patel A.L.R. Second Edition Toro, a straight cut was used to remove the cap. From that point, it was on to the pre-light draw. The cold draw delivered a mix of leather, cocoa, cedar, and earth. I judged this to be a satisfactory pre-light draw. At this point, it was time to light up the Rocky Patel A.L.R. Second Edition Toro and see what the smoking phase would have in store.

During the second third of the Rocky Patel A.L.R. Second Edition Toro, the earth notes joined the cedar in the forefront. The natural tobacco and white pepper notes remained in the background. The cocoa and fruit notes diminished and would eventually dissipate entirely. During this phase the cedar and earth were quite prominent and seemed to throw off the balance in the flavor profile.

The final third saw the cedar and earth remain primary. There was more in the way of pepper, and there still was some natural tobacco in the background. The flavor profile still was off-balanced in favor of the cedar and earth. This is the way the Rocky Patel A.L.R. Second Edition Toro came to a close. The resulting nub was soft to the touch and cool in temperature. 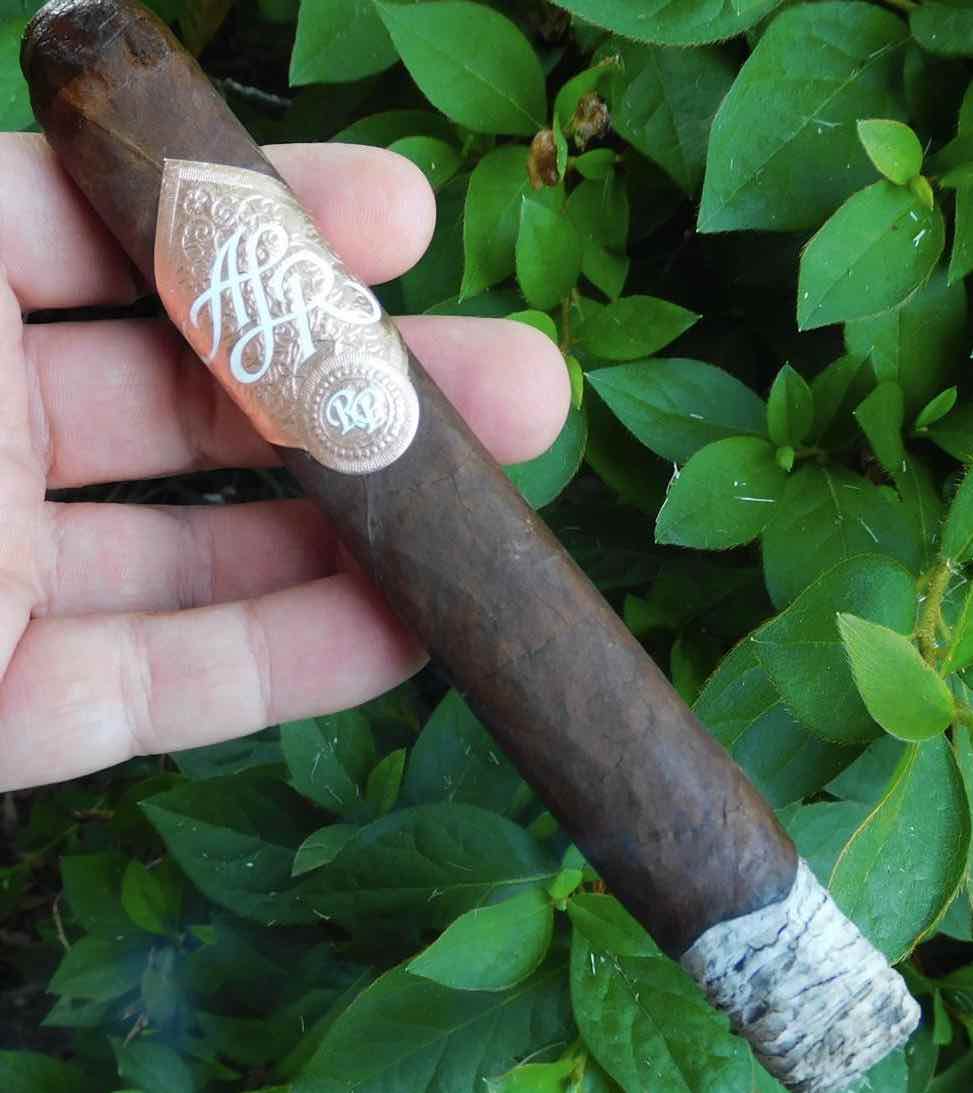 The draw to the Rocky Patel A.L.R. Second Edition Toro was excellent. The draw had a touch of resistance. Sometimes a box-press can be too open when it comes to the draw, but in this case the draw was in the sweet spot for me.

When looking at strength versus body, the body held the edge throughout the smoking experience.

I was somewhat disappointed with the Rocky Patel A.L.R. Second Edition Toro. I’ve smoked several Mexican wrapped releases by Rocky Patel since this cigar was released, and I didn’t think this one stacked up against those cigars. This isn’t an indictment on the aging process. I’m curious if I would have liked this blend when it was first rolled. Aged cigar or not, in the end coming in just under $15, this is a cigar I would recommend trying first before deciding to purchase.