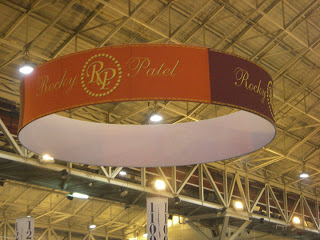 The new addition to the Burn line will be the “Burn Naples”.  This cigar will be a Honduran puro and is targeted for a late summer release.   This cigar will come in the same sizes as the first “Burn” release, the Burn Special Reserve.  This cigar is currently available in Rocky Patel lounges only.

The Nicaraguan Edge will be a new version of the popular Edge line with a different flavor profile and something that Rocky Patel describes as a cigar with increased strength.  The blend will feature a double Nicaraguan binder and a filler consisting of Honduran and Nicaraguan tobaccos.  The wrapper has not been selected as of yet as the company is currently evaluating two potential wrappers.  In the article, Patel also said the wrapper not selected could be targeted for another cigar release.

There are two other differentiating factors with the Nicaraguan Edge.  The first is that this will be rolled at the Tavicusa factory in Esteli, Nicaragua (the other Edge lines are made at the El Parasio factory in Honduras).  The second is that the cigar will be entubar rolled with a Cuban style triple cap.  The cigar will come in the same sizes as the other Edge line.  Initial production is targeted for 100,000 cigars.

Here is a summary of the particulars.