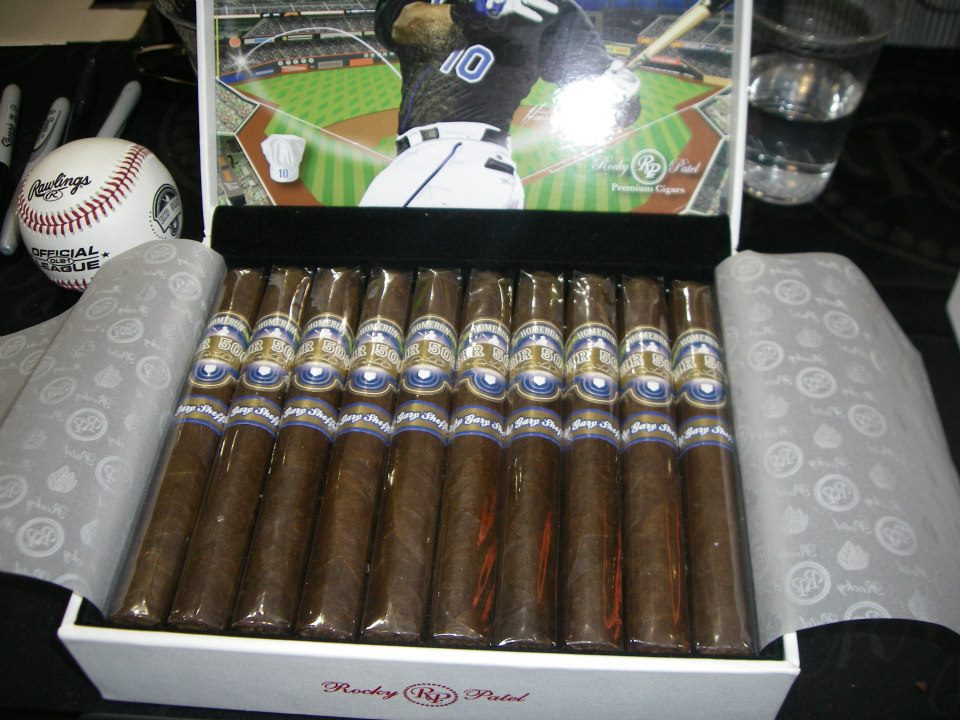 The spec sheet was placed on Facebook and the following information was included:

HR 500 is a special celebratory cigar blended to commemorate baseball great Gary Sheffield’s milestone 500th home run.  The special edition brand is limited, much like Sheffield’s own exclusivity being one of 25 MLB players to hit 500 or more homeruns in his careeer.

Sheffield is known to be a cigar enthusiast.  He appeared at the 2011 Big Smoke in New York City.  At that time, Cigar Insider reported that Rocky Patel was blending a cigar for him.

Sheffield played 22 seasons in the major leagues where he won a World Series ring with the Florida Marlins in 1997.  He also played for the Milwaukee Brewers, San Diego Padres, Los Angeles Dodgers, Atlanta Braves, New York Yankees, Detroit Tigers, and New York Mets. He is a nine time all-star who finished with 509 home runs.  He also won a Batting Title with the 1992 San Diego Padres.

The expected ship date to retailers is September 15th, 2012.   The cigar is said to be limited, but no production quantities have been made available at this time.