Each year, we select cigars and people to be inducted into the Cigar Coop Hall of Fame. For cigars, there are three ways to gain induction: 1) The number one Cigar of the Year for the prior calendar year gains automatic induction;
2) All Cigars assessed “Memorable” at least one year prior to induction are looked at and given consideration; 3) One Wildcard selection. For personnel, we select on industry leader/ambassador and one non-industry ambassador. Selections are made Columbus Day Weekend each year. 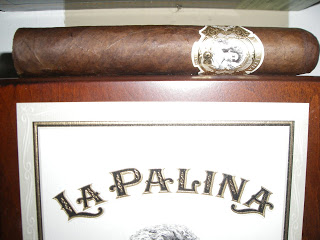 Each year, the #1 Cigar on Cigar Coop also gains an automatic qualification to the Cigar Coop Hall of Fame.  For 2011, the La Palina El Diario took that honor.

In our write-up for the El Diario winning 2011 Cigar of the Year, we provided a little background on La Palina Cigars:

Last year (2010), Paley launched La Palina Cigars – resurrecting the brand of
his grandfather Samuel Paley.  It is clear from listening to Paley that
the goal from the start was to build one of the best cigars in the
marketplace.  With his initial launch – the Family Series, it is clear
he succeeded in doing this. For his follow-up it’s clear
that Paley wanted to provide a high quality smoke that can be enjoyed by
cigar enthusiasts on a daily basis.   The end result was the launch of
the La Palina El Diario (Diario means “daily”).  The El Diario has a
lower price point than the Family
Series. After smoking the El Diario, I felt there was no loss in quality
or enjoyment whatsoever.

Our synopsis of the El Diario when we awarded it the #1 Cigar of the Year for 2011:


The La Palina El Diario is an amazing smoke.  The cigar has a highly
complex flavor profile, but there is something old school about this
cigar.  This old school feel is more of an intangible.  While it takes
me back to the days when my grandfather and his friends smoked cigars,
it also has modern flavor nuances to balance the old school tobacco
taste.  The flavor profile consists of coffee, chocolate, caramel,
citrus, pepper, cedar, and baker’s spice.  It even has hints of berry
and cinnamon. The flavor profile takes many twists and turns along the
way – and these vary from vitola to vitola.  The cigar is medium to full
in strength – and this balances perfectly with the full-bodied flavors
of this cigar.

Click here for the pre-release assessment done on this cigar. A final assessment rating was given later in the year.  We also scored the 2012 vitola release of the “KB” (Kill Bill) a 95.

The El Diario currently is available in seven frontmarks at the time of induction.