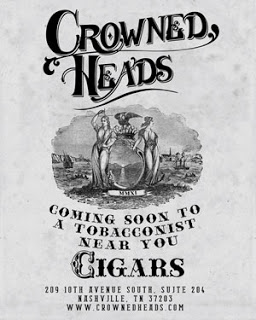 A third cigar line has been announced by Crowned Heads called the J.D. Howard Reserve.  This line will join the Four Kicks and Headley Grange lines.  The plans are for the J.D. Howard Reserve to be launched this summer at the 2013 IPCPR Trade Show in Las Vegas, Nevada.   The announcement and details of the line were first reported in a 2/14/13 story by Cigar Aficionado.

The J.D. Howard was an alias name by American Outlaw Jesse James.   There was a period of time where James lived in Nashville, Tennessee (city where Crowned Heads is headquarted).  During that period of time he took on the name J.D. Howard.

Crowned Heads once again will turn to Ernesto Perez-Carrillo who will blend the cigar at his Tabacalera La Alianza S.A. factory located in the Dominican Republic.

Here are the details as reported by Cigar Aficionado:

The J.D. Howard Reserve will feature a multi-national tobacco blend:

The J.D. Howard Reserve will be launched in five sizes: