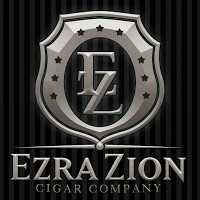 Ezra Zion Cigar Company, recipients
of multiple Cigar of the Year Awards for 2012, are re-branding their
inaugural cigar release, INCEPTION. The name of the blend will be
changed to JAMAIS VU.

Chris Kelly explains, “After being cleared for use by the United States
Patent and Trademark Office, we went into furious production on
INCEPTION. Come to find out, the USPTO failed to inform us of another
company that was using the same name and ended up awarding them the
trademark rights.”

Kyle Hoover, co-owner added, “We knew we had a choice: we could engage
in a lengthy, nasty legal dispute, or we could keep our focus on making
great cigars. We chose the latter.”

“It’s the exact award-winning blend as INCEPTION, nothing has changed
there, but along with the new branding we will be redesigning the
packaging and adding 3 additional sizes as well.” The Don Fonseca noted.
“I think our customers will be pleased!”

“We chose the name “JAMAIS VU” because it’s the opposite of Deja Vu, and
the definition tells the story of the rebranding of INCEPTION. JAMAIS
VU is defined as “…a sense of eeriness and the observer’s impression
of seeing the situation for the first time, despite rationally knowing
that he or she has been in the situation before.”

Chris continued, “Those customers with INCEPTION boxes have a very
limited edition piece of cigar history! We will begin production on the
rebranded JAMAIS VU within the month.”

More information on Ezra Zion Cigar Co. can be found at EzraZion.com or @EzraZionCigars

Source: This press release was sent from the Cigar Federation/Ezra Zion Cigars.  Cigar Coop will print press releases for as a free service to cigar companies.