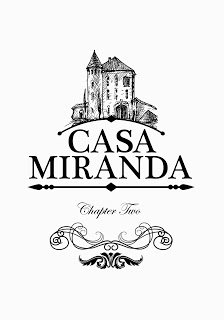 In an interview on he 5/18/13 edition of Kiss My Ash Radio, Assistant Director of Marketing Barry Stein hinted of a “Chapter Two” – a reference to the fact that a sequel was coming in the Casa Miranda line.

In addition to being a totally new blend for the Casa Miranda Chapter Two, there will also be a factory change.  The Chapter Two will be made at the My Father Cigars factory in Esteli, Nicaragua.  This differs than the Chapter One which was produced at El Titan de Bronze in Miami, Florida.

In the press release provided to Cigar Coop and other members of the media by Miami Cigar and Company, Vice President Jason Wood said:  “Just like any great novel, our story continues to gain momentum with the release of Chapter 2 at this years’ IPCPR. I look forward to our consumer’s feedback on this medium bodied beauty!”

The original Casa Miranda Chapter One was launched in 2011 and finished as our #6 Cigar for that year.

The Casa Miranda Chapter Two will be launched in four sizes:

Source: Information for this story was provided in a press release sent to Cigar Coop by Miami Cigar and Company.