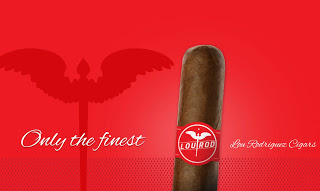 Lou Rodriguez Cigars will be debuting a new cigar at the 2013 IPCPR Trade Show. The “Lou Rod” will become the company’s fifth regular production cigar. The Lou Rod will be released in one size, a rounded 6 x 60 and be positioned as a budget friendly cigar.

In regards to how the concept behind the Lou Rod came, Lou Rodriguez Cigars explained:

We have a loyal group of fans that have been with us since day one. We call these fans ‘FOL’ (Friends of Lou) No matter where we travel in the country we find some FOL. Over the years we have received many suggestions for new cigar releases; most of which were comical. One thing that did grab our attention at LER Cigars, was the request to produce a bigger ring gauge non box pressed cigar. Lou and I traveled to our factory in Esteli Nicaragua and our farms in Jalapa; while there Lou started the blending process on a cigar that we have never had in our portfolio. Lou created the right blend to fit this untried vitola, which has become the ‘Lou Rod’.

The cigar will feature a new band design not seen on Lou Rodriguez Cigars before, but still features a caduceus medical logo – signifying Lou Rodriguez’s roots as a medical doctor.  In addition the packaging to the cigar is very different as well. 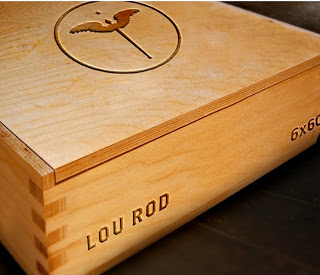 The Lou Rod will carry a budget friendly price of $5.95 SRP.   Below “at a glance”, we look further at the Lou Rod:

As mentioned, the Lou Rod is being launched in one size – a rounded 6 x 60 vitola.  Justin Andrews, Vice President at Lou Rodriguez Cigars indicating on Cigar News that if the 6 x 60 is as successful as they think it will be, they will be launching other vitolas in the future.