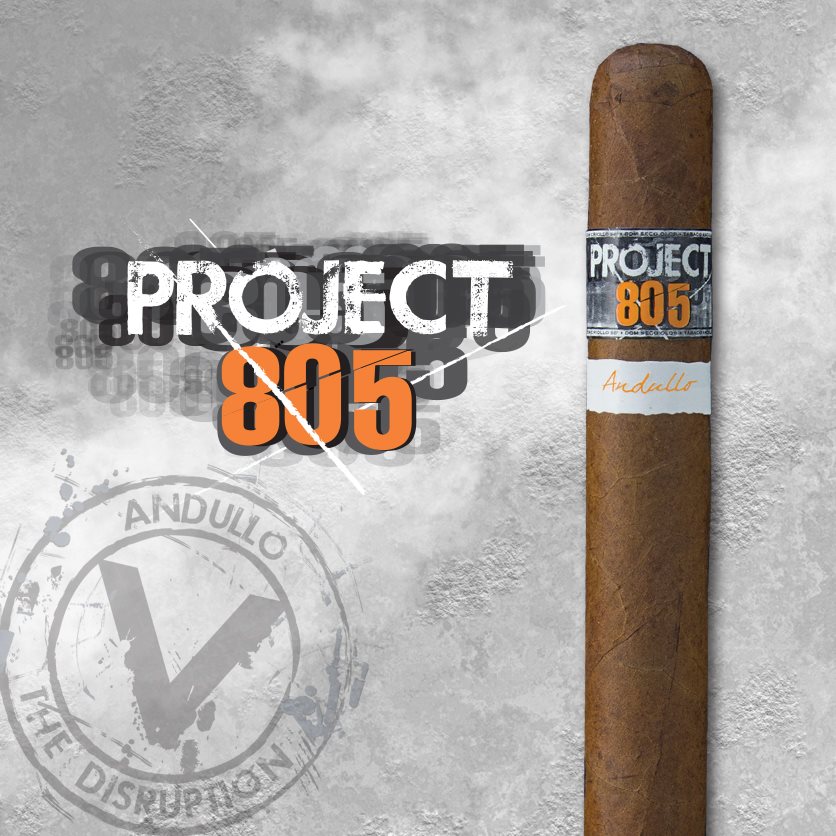 Ventura Cigar Company, based out of Moorepark California will have a new cigar being launched at the 2013 IPCPR Trade Show in Las Vegas.  The Project 805 is one of two new blends the company is launching.

The Project 805 will be made at the La Aurora Cigar factory in the Dominican Republic.  The company is using an exclusive tobacco known as Andullo in the filler.  On the web-site the Andullo tobacco is described as “a unique tobacco never before used in cigars. Naturally flavored, aromatic, and so utterly different it is a disruption to the Industry.” The cigar also features Dominican tobaccos and a Corojo Shade wrapper.  The Project 805 will be launched in four sizes.

While no official statement was made, the “805” in the name is the area code for Ventura County California, where the company is based in the town of Moorpark.

The Project 805 is described on the company’s web-site as being “mild with complex” flavor.

Ventura Cigar Company made its debut at the 2011 IPCPR Trade Show.  The company is a subsidiary of Kretek.  Kretek is famous for the Djarum Clove Cigars.  Ventura was setup to handle the premium cigar business.  Two of the better known blends by Ventura are Estilo Cubano and Pura Sangre.  The company is also launching the PSyKo SEVEN at the trade show.

The Project 805 is being launched in four sizes: