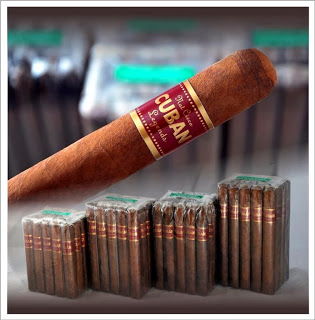 The Nat Cicco Cuban Legends line was introduced in August, 2010.  It is a value-priced, handmade cuban sandwich premium cigar.  The Cuban Legends line focuses around larger ring gauges.  The line is blended by Omar Ortez in Nicaragua.  The cigars are sold as a bundle offering.

The Nat Sherman Cuban Legends Habano has currently begun to shipping to retailers.

According to Zander-Greg’s president, “We’re excited about the market’s response to Cuban Legends, by retailers and smokers.  As a result, we’re expanding the line with this new medium-to-full[bodied, full flavored cigar.  The Nat Cicco name first appeared in 1965, with the Churchill and Robusto Rejects value-priced medium-filler cigars.  They were the industry’s original cigars on the ‘rejects’ or ‘factory seconds’ theme, often copied by other cigar manufacturers.  Over the years, Rejects have proven popular, even more so in today’s difficult economy.  We see Cuban Legends proving themselves to be a lot of cigar for the money, as well as a smooth, refined smoking experience.”

At a glance, let’s take a closer look at the  Nat Cicco Cuban Legends Habano:

According to the press release the Nicaraguan tobacco in the filler moderates the robust flavors of the wrapper leaf.

The Nat Cicco Cuban Legends Habano are available in four sizes.  They are packaged 20 cigars to a bundle and have an SRP from $2.49 to $2.99.