Today we are proud to announce that our Stogie Geeks podcast will now be joining Cigar Federation’s live programming.  Beginning November 7th, the Stogie Geeks Show will be

Back in August, we announced a partnership with Cigar Coop and Stogie Geeks.  This brings together the world of written cigar journalism with cigar podcasting. While it was not new for online print media and podcasts to join forces, we feel because of the magnitude of the content between the two brands, we were taking on something special.

I mentioned the concept of putting in place a cigar media ecosystem that the industry has not seen before.  Bringing our Stogie Geeks show to Cigar Federation thats a huge step in the development of that ecosystem as we now tie in with Cigar Federation’s powerful social media platform.  We now can leverage Cigar Federation’s live chat, member forum, member pages, and store.  Plus we are alongside two great other live shows in CigarChat and Half Ashed.  As Cigar Coop and Stogie Geeks continue to integrate, these benefits will soon be even more powerful. Our web-sites and brand names will continue to operate for all of the great content we offer.
Below is the official press release announcing this agreement.  We look forward to seeing you on Cigar Federation.  Thank you for your support.
—

Stogie Geeks to be Exclusively Broadcast on Cigar Federation

Cigar Federation is adding the Stogie Geeks show to its weekly live show lineup.  Under the agreement, the Stogie Geeks live broadcast will be made exclusively on the Cigar Federation platform and leverage Cigar Federation’s industry-leading social media platform.
Stogie Geeks is an industry-leading weekly podcast that features a smoke of the week,  how-to and cigar topic discussions and guest appearances by personalities in the cigar industry. Each podcast features in-depth reviews of the cigars discussed on the show to address the age-old cigar smokers question “What’s new?”.  This past August, Stogie Geeks entered into a partnership agreement with Cigar Coop, a leading cigar news and reviews web-site.  The agreement united the world of cigar podcasting with cigar journalism between both brands.
Stogie Geeks was founded in 2011 by Paul Asadoorian and Tim Mugherini.  Since then the team has added Will Cooper, Founder of Cigar Coop, Mark Maloney, and Mark “Stogie Santa” Feeley.  Each member of the team brings his unique personality to the show while creating a “cigar roundtable” dynamic for each broadcast.
“I’m very excited to collaborate with the fine folks from Cigar Federation”, says Paul Asadoorian, founder of PaulDotCom Enterprises and Stogie Geeks. “Being part of the awesome team at Cigar Federation is a true honor and we are looking forward to contributing to the community”.
“Cigar Federation is all about building camaraderie and fostering the cigar culture. Having Stogie Geeks partner with us in that endeavor is very cool. The level of cigar knowledge and entertainment they bring to their show makes it a perfect match for CigFed.” added Logan Lawler.
The first Stogie Geeks show to be carried on Cigar Federation will be November 7th at 9pm Eastern time.   The special guest will be Matt Booth from Davidoff Cigars.  In addition to discussing the Stogie Geeks’ smokes of the week there will be a segment discussing cigar cutters and lighters.
For more information visit, www.cigarfederation.com and www.stogiegeeks.com.
Watch us live by clicking the logo below! 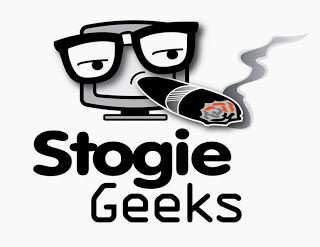