” This truly is the cream of the crop in terms of work La Aurora has done. It ranks as one of the best Dominican-based maduros I’ve had and has all of the qualities of a legendary cigar.” 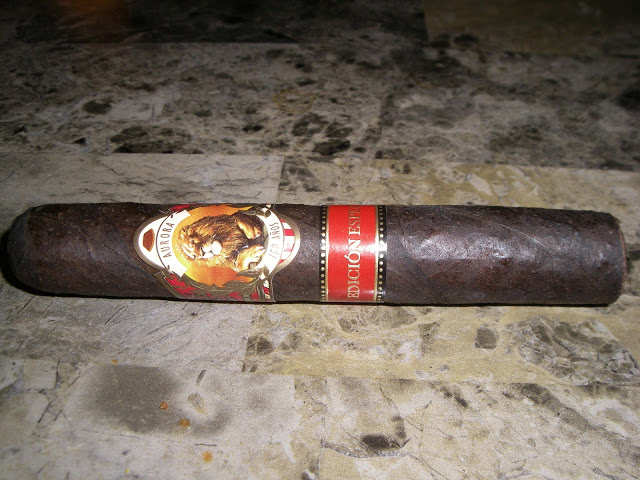 The 2013 Cigar of the Year is the La Aurora Cien Anos Edicion Especial – sometimes referred to as the La Aurora Cien Anos Maduro.  This is a cigar launched at the end of 2012.  This is a limited production offering of only 7,000 cigars that takes La Aurora’s famed Cien Anos blend, but puts a Connecticut Broadleaf wrapper.  The result is not only something that is our cigar of the year, but a landmark cigar that in our book goes down as one of the industry’s all-time great releases. This not only achieved an Oasis rating – our highest rating, but has also recently scored a 98.  This marks the highest score in the history of Cigar Coop since numerical scoring was installed.

The La Aurora Cien Anos Edicion Especial  gives La Aurora and their distribution arm Miami Cigar and Company their first entry on the 2013 countdown. It wraps up an incredible year for maduro as it becomes the twelfth maduro to make the list – and sixth Connecticut Broadleaf wrapper overall.  Finally this becomes the first maduro Cigar Coop has ever named “Cigar of the Year”.

Not only does the La Aurora Cien Anos Edicion Especial deliver great flavor, but the flavors work incredibly well together.  Along the way I picked up notes of dark chocolate, mocha, leather, cedar, nut, and pepper.  This cigar has just enough strength to qualify as a full strength, full-bodied smoke.  Over the course of the year, we found that age made it even better.  There is an intangible quality to these maduro flavors that leave you wanting more.   No doubt,  this is a cigar is one that I would always make room in my humidor for.

We also re-scored the La Aurora Cien Anos Edicion Especial for the countdown.  In the process, we have awarded this our distinguished Oasis rating and it achieved the 98 rating.

Click here for our assessment of the La Aurora Cien Anos Edicion Especial.

The La Aurora Cien Anos Edicion Especial was released in one size – a 5 x 50 Robusto.

For more information on our vision and criteria for the 2013 Cigar of the Year countdown, see our December 2013 Editor’s Corner.