Another Cigar of the Year countdown is the annuls of Cigar Coop, and now Stogie Geeks history.  We are planning to do some more discussion as well as release our Stogie Geeks staff picks on our January 9th show.  .

We assembled a list of 30 cigars.  Following the selection of the 30 cigars, I began to do some analysis to do some trends, patterns, and look at some numbers.  Here is what I came up with:

We covered this in our Top Twelve Stories / Themes for 2013.  It was reflected on my list.  For the most part, the argument can be made that the Top 10 cigars all fall into the definition of “limited edition” (Alec Bradley limited 2013 production of the Mundial).  Based on the numbers, we counted a “limited” as either a “one and done release”, limited production, regional, or retail exclusive release.  While the numbers below reflect this author’s selections and author’s definition of “limited”, I think it was clear that this was a very strong year for the limited releases.

2. Year of the Maduro

This was definitely a strong year for maduro.  In fact, this year was the first time a maduro cigar took home Cigar of the Year with the La Aurora Cien Anos Edicion Especial.  If you have been following the countdown there has been plenty of maduros – 12 in total.  This is really a continuation of last year as 2012 saw 10 maduros make the countdown.

While San Andres Mexican maduro made a statement in 2013, Connecticut Broadleaf still reigned supreme in this author’s mind when it came to the better cigars.  In fact there were only 3 San Andres Maduros on the list this year, down from 5 in 2012.

Maduro Entires on  the 2013 Countdown

Note: The 7-20-4 Hustler (the #19 Cigar of the Year) which is a barber-pole featuring a Brazilian Mata Fina wrapper was NOT included in these numbers.

If we look at brands, no cigar company had more than two cigars on the 2013 Cigar of the Year countdown.  Only E.P. Carrillo managed two cigars in the top ten.  There were six companies with two entries in the top ten.  We counted Avo and Davidoff separately here – although one can argue this is not correct and it would be very fair to give Davidoff the title here with 4.

Brands with Multiple Entries on the 2013 Countdown

Gary Griffith’s House of Emilio promotes itself as the “Best of the Boutiques”.  It’s clear with four entries – two outside the Emilio Cigars brand that the companies he is distributing are making quality cigars.

Umbrella Entities with Multiple Entities on the 2013 Countdown 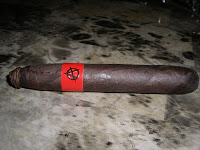 In terms of country of origin, Nicaragua led the way with 13 entries on the countdown.  The Dominican Republic made a strong showing.  Not only did it capture the #1 Cigar of the Year, but 4 of the top five cigars were made in the Dominican Republic.

Country of Origin on the 2013 Countdown 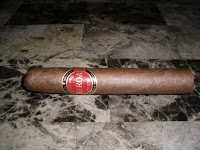 No doubt this was the year of multi-national blends.  26 of the 30 entries features tobaccos from at least two countries of origin while only four were puros..  Nicaragua had 2 of the 4 entries, but these were the lowest placed at #29 (Viaje Full Moon) and #30 (Alec Bradley Nica Puro) respectively.  The Dominican Republic had one puro at #17 (Davidoff 2014 Year of the Horse).  Honduras had the highest placed puro at #11(EIROA).  There were no puros in the top ten.

An interesting note is while there were ten cigars originating from the Dominican Republic, only one cigar with a Dominican wrapper made the countdown.

Cigars on 2013 Countdown by Country of Origin for Wrapper

Cigars on 2013 Countdown by Wrapper Type

Now that the 2013 Cigar of the Year countdown is completed, we have other activities around our Year in Review.  We recently published our Top 12 Stories/Themes for 2013.  Here are the remainder of the activities:

Thank you to the readers for the amazing support as always!  Last year we were able to publish every single calendar day in 2013.  We didn’t take any “days off” for holidays, and we never back-dated our content.  This is our commitment to bringing you original content daily.  Since we’ve gone daily, we have gone (as of press time today) 548 consecutive days of publishing.  We would not be able to do this without the support of our readers and sponsors.