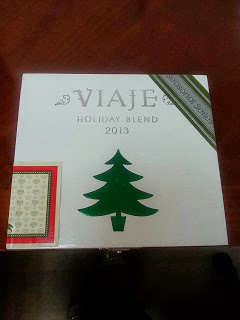 In a statement by Farkas on Facebook, “Unfortunately production delays have made it impossible to release HOLIDAY BLEND this year. However, we will have something new for you to enjoy. HOLIDAY BLEND CHRISTMAS TREES are on their way……….”

Farkas told Cigar Coop in terms of skipping the Viaje Holiday Blend 2013, ” If I can’t release for the holidays I don’t release.”

As for the Viaje Christmas Tree, Farkas said on the 12/7/13 edition of Kiss My Ash Radio that the cigar would be a short, stout torpedo measuring 4 x 60.  Each cigar will be packaged in foil.