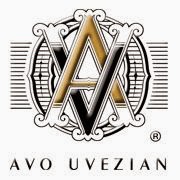 The Avo Lounge Cigar is a cigar that has only been available in those stores which have an “Avo Lounge”.  The robusto format is new as this cigar has only been made in a Toro and Double Corona size.  The cigar features an Ecuadorian 151 Sun Grown Wrapper over Dominican binder and filler.  The Dominican tobaccos are a combination of tobaccos from Olor, San Vincente, and Piloto Cubano .

The AU14 is a Mystery Cigar.  The company is asking for feedback through a special web-site for consumers who purchase the Avo Quartet Sampler.  No details have been disclosed other than it is a robusto.

The other two cigars are the Avo Heritage and Avo Signature, both of which are existing blends that have been released in robusto formats.