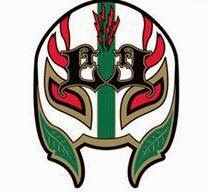 Leccia Tobacco is getting ready to release its third blend. The Leccia Luchador will be released on Cinco de Mayo (May 5th, 2014). The release on this Mexican holiday appears to be no coincidence. In addition to incorporating Mexican tobacco into the blend, it will also have a theme that pays homage to Mexican pro wrestling. Information on this announcement came through a press release from Leccia Tobacco.

The name “Luchador” is Spanish for wrestler.  In a press release announcing the Leccia Luchador, company president Sam Leccia said, “I wanted to create something fun, yet different and exciting.  With Luchador being a combination of exotic blends and flavors with a Mexican wrapper, I thought it was time to tap into my childhood fascination with Mexican pro wrestling.  Fun branding aside, the Luchador is a seriously unique blend that goes from sweet to spicy in 0 to 60.”

Last year, Leccia announced his comeback the cigar industry with the launch of the Leccia Tobacco Black and White line.  This line consists of two blends, the fire-cured Leccia Black and the Africian wrapped blend, the Leccia White.  Leccia Tobacco is distributed by Torano Family Cigars.

At a glance, here is a look at the Leccia Luchador:

The blend is a five country blend with tobaccos from Mexico, Ecuador, Honduras, Nicaragua, and the  United States:

The cigar centers on three tobaccos that grown in volcanic areas, the Habano, San Andres, and Ometepe.  Ometepe is an island formed by two volcanoes rising from Lake Nicaragua.  It is the largest volcanic island in a fresh water lake in the world.

The Luchador is being released in four frontmarks.  The cigars will be packaged in boxes of 21 with each box having the luchador mask logo on it.