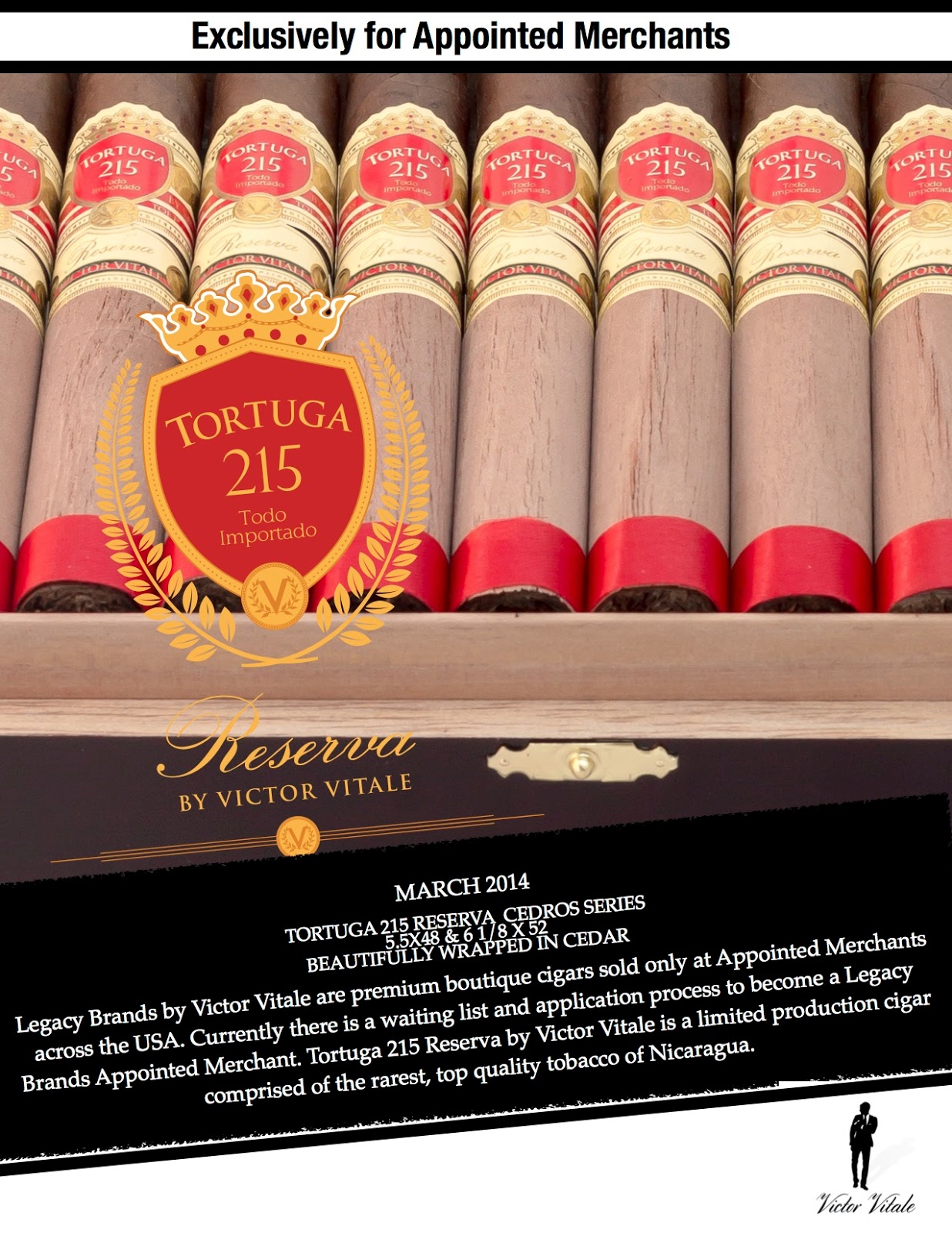 The Tortuga 215 Reserva, a new line introduced by Victor Vitale’s Legacy Brands at the 2013 IPCPR in four box-press frontmarks.  The Cedro vitals differ in three ways:  First they will be rounded vitolas as opposed to box-press like the four original vitolas; Second, the Cedro vitolas will all come cedar wrapper; And third, the cigars will be geared toward smaller ring gauges.