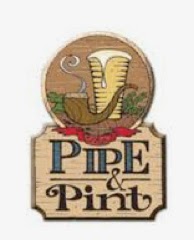 Today Cigar Coop has learned that the upcoming La Flor Dominicana N.A.S. will exclusively be available at Greensboro retailer Pipe & Pint through the end of April before its national launch. Below is the press release:

Greensboro, NC – The Pipe & Pint of Greensboro, NC in conjuncture with La Flor Dominicana are proud to announce the official release of the “N.A.S.” The “N.A.S.” is a Pelo De Oro, Ligero only Cheroot which was named at the Pipe and Pint. A Cheroot is a very traditional form of rolling tobacco, it is simply stated a cigar of only wrapper and filler. The Pelo de Oro, which means Hair of Gold, is a rare Cuban seed tobacco produced in very low quantities by only a small number of manufacturers in the cigar business. Pelo de Oro is quite susceptible to disease in the growing process hense it’s rarity in the cigar business. When successfully grown however it produces a one of a kind flavor profile rarely experienced in any other tobacco.