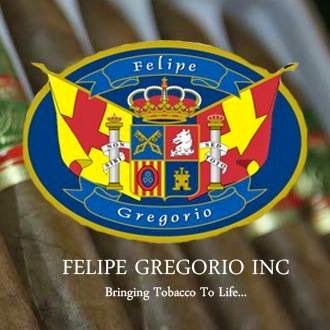 Felipe Gregorio Cigars has announced their second release of their Power Series.  The Felipe Gregorio Power 2014 will make its debut at the 2014 IPCPR Trade Show.  This is a line of cigars that is only released once every seven years.

The Power 2014 will be launched in four frontmarks with a limited production of 1,000 boxes per size.  The company says there will not be another release for seven years (2021).

The Power 2014 features what the company calls the “333” rule: Triple Fermentation, Triple Inspection, and Triple Cap.

While not all  blend component specifics were mentioned, the Power 2014 is a Costa Rican puro that features Pelo de Oro (Golden Hair) tobacco. This tobacco was grown in the Cordillera Central of Costa Rica at 3000 feet in small arroyos, all planting and harvesting is done by hand. The blend features a Rosado wrapper with seven year old aged tobaccos also from Costa Rica. The cigars were blended by Wynne.

The Power 2014 will be available in five sizes.