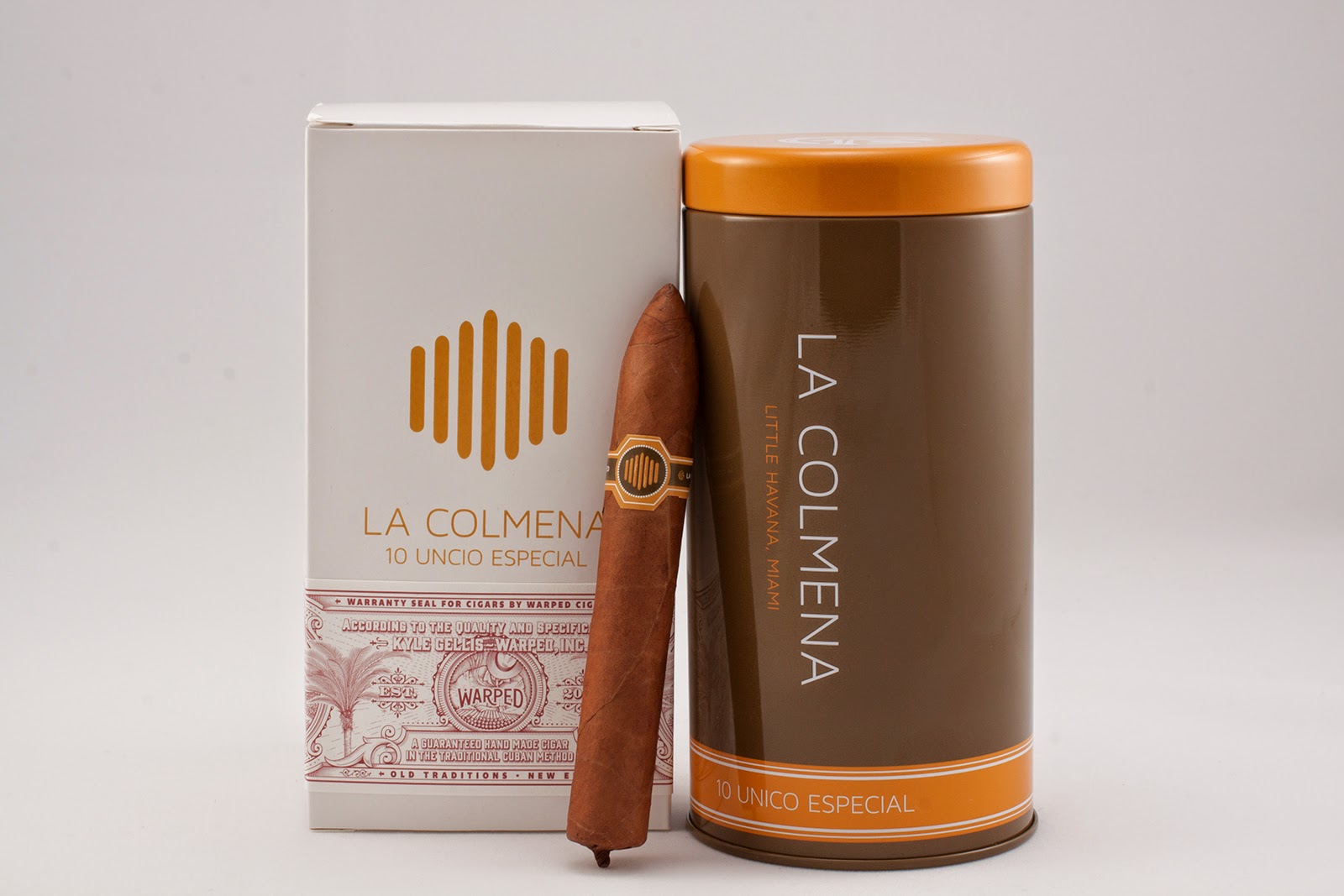 A few weeks ago, we reported on a cigar that would be offered exclusively to retailers attending the IPCPR by Warped Cigars.  Today the company announced that this cigar will be a 5 x 48 extension of the recently announced La Colmena line called the La Colmena Unico Especial.

While the cigar is a line extension of the La Colmena line, it does vary from the regular production version in that the Unico Especial has a “more forward fruit and creamier complexity”.  The cigar has a medium-bodied profile.

Like the El Oso and La Colmena lines, the Unico Especial will be rolled at El Titan de Bronze in Miami, Florida.  The production is being handled by a single roller, Jose Santiesteban, rolling only 100 a day.  Santiesteban will be responsible for rolling the entire single production 10,000 cigar run.

The cigars will be packaged in a 10 count limited edition tin lined with Spanish cedar.  Each box is hand numbered.  Each cigar will have a price point of $15.00 and the tin will retail for $150.00

After launching the El Oso line, Warped Cigars has shaped up plans for a busy IPCPR Trade Show.  In addition to announcing the Unico Especial, the regular production run of La Colmena will be launched.  The company also is planning a lancero line extension to its El Oso line called “MaMa” that will feature a San Andres Mexican wrapper.  The company also has launched a line of cigar cases.

As mentioned the Unico Especial blend is available in one size – 5 x 48.  The Corona Gorda sized cigar will feature a covered foot with a “stinger”.